After many months of speculation and countless rumours, Apple have announced the sixth generation of the highly successful iPhone at an event in San Francisco on Wednesday. Apple’s Vice president Phil Schiller described the new smartphone as “the most beautiful consumer device that we’ve ever created”.

Apple fans will not be disappointed by new smartphone from Apple, which will be called the iPhone 5. It is 18 percent thinner and 20 percent lighter than the iPhone 4s and is made from aluminium and glass, giving it a really slick finish.

The new device, as predicted, has a bigger screen measuring 4 inches versus the 3.5 inch in the previous iPhone making the device wider and longer. It measures 123.8 mm in height, 58.6 mm wide, 7.6 mm thick and it weighs just 112 grams.

The 4 inch retina display has a 1136 x 640-pixel resolution. The new screen size means that fifth row of icons will now fit across the device which will make a massive difference to the user experience.

The iPhone 5 comes with a new chip. Apple’s new A6 offers a signification boost to the functionality of the phone making it much faster and less draining on the battery which Apple said has improved significantly on the new generation device.

Apple have also made connectivity on this device super fast when connecting to networks so that streaming high quality multi media is seamless. It includes the latest LTE technology on the chip which will ensure the phones connects will many different LTE frequencies. 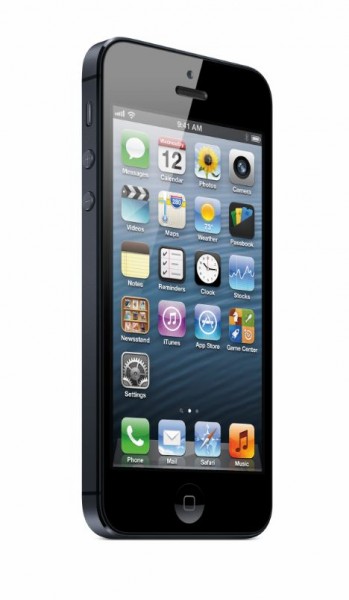 The camera is one of the strong features on the new device. It has been completely redesigned, making it smaller and more durable. Apple says that the lens will be covered by saphire crystal to make it virtually scratchproof. The new 8 megapixel iSight camera also has a new panorama feature that will allow the capturing of images up 28 megapixels as easily as simply moving the camera across a scene in one smooth motion. The video capture capabilities have also been improved with better stabilisation and the ability to take photos while recording. There is also a new FaceTime HD front facing camera that will significantly improve video call quality.

Apple has also introduced a new connector to replace the current 30 pin connector. They are calling it the  Lightning™ connector and is much smaller than the previous one. There will be adapters available for the iPhone 5 to connect to other devices. 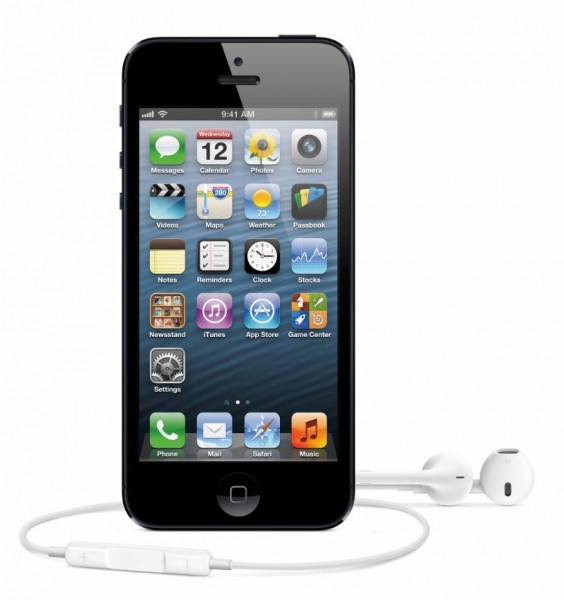 The new audio quality is impressive, Apple have improved the playback and how the device collects audio by including 3 microphones on the device. One of the really cool new features are the earphones. Apple have redesigned the traditional ones and are now calling them EarPods™. They almost look like a submarine periscope and the curve design gives it a more natural fit into the ear which improves the quality of the audio.

The new iPhone also comes with iOS 6 which will also be available for iPhone 4 users from the 19th of September.

The new OS features new maps with turn by turn navigation, although this will not be immediately available to South African users. Traffic will be available for South Africa, which is a big win, as Apple have only featured this in a handful of countries.

iPhone 5 will be available in the US, Australia, Canada, France, Germany, Hong Kong, Japan, Singapore and the UK on Friday, September 21, and to a further 22 countries on the 28th of September. It is still not clear when it will be available in South Africa but Apple have said that the new smartphone will be in 100 countries by the end of the year. In the past the phone has launched in South Africa during early December but my gut tells me we could see it launched in early November.