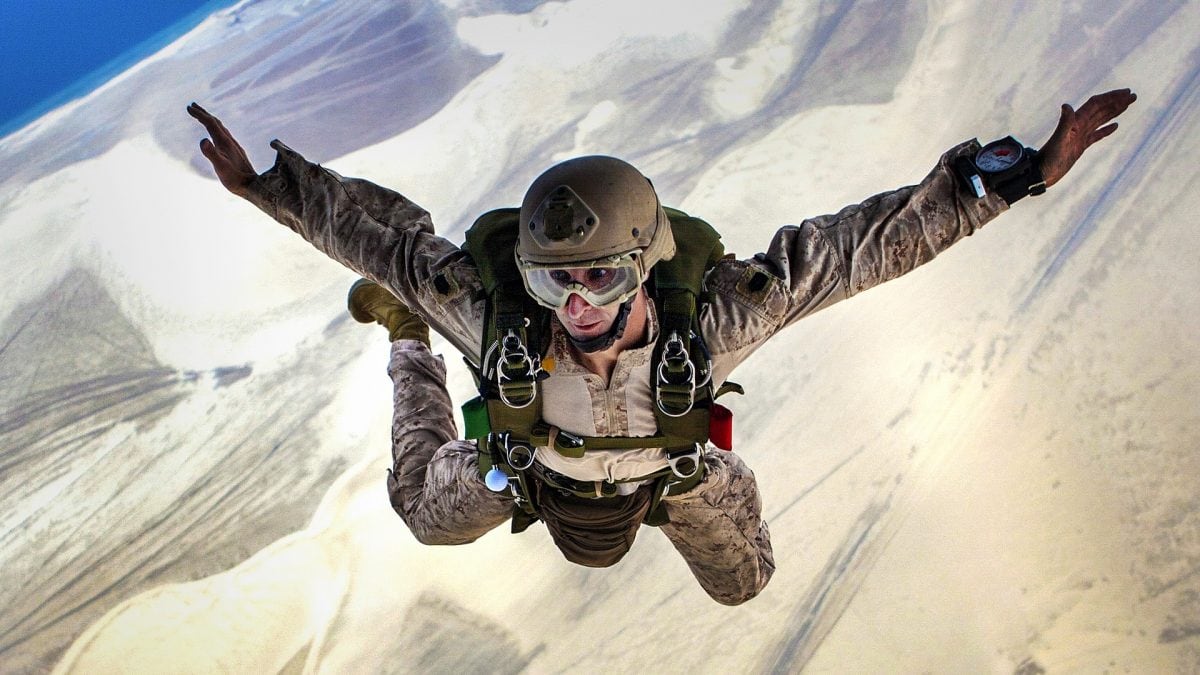 The marvel of modern day technology does not cease to amaze me every single day. It is incredible to see what we can do today compared to what was impossible to deliver years ago. Technology is moving at such a blistering pace that sometimes it is difficult to keep up – even more difficult than the crazy Austrian’s daredevil descend!

On 14 October 2012, the message came out on Twitter around lunchtime that the adrenalin driven Austrian Felix Baumgartner was going to have another go at breaking three world records. Several attempts were made previously by the Red Bull Stratos team but they were thwarted due to risky weather conditions that would have put the attempted mission at risk.

He was attempting to break the world record for the highest free-fall, at the same time breaking the sound barrier and setting new heights for the highest balloon flight. 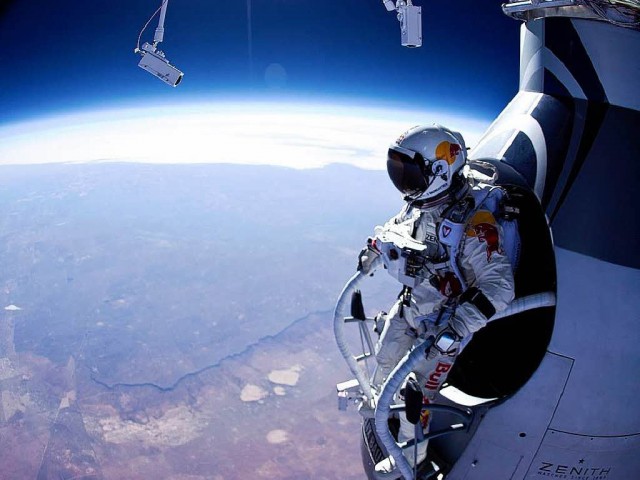 One of the previous records had been set 72 years ago by Chuck Yeager who first broke the sound barrier in a rocket powered aircraft. The record for the highest jump had been set at 31, 300m by Colonel Joe Kittinge in 1960 who would 52 years later be the voice and guide to Baumgartner in setting a new world record.

So what does this all have to do with technology you ask? Well apart from the high tech apparatus that was used to measure things like speed and atmospheric pressure, this mission itself was high-edge tech in how it was delivered to millions around the world, setting a new benchmark for broadcasting a live event of this nature.

There I was that same afternoon at an engagement party with no access to television but only a smartphone device in my hand connected to a 3G signal. This was not even meant to be a live television event. The hype was created using media platforms like Twitter and Facebook and the mission was streamed live via YouTube using Google Hangouts from the beginning.

I was literally in the middle of nowhere watching live video of this giant balloon filled with helium. As the enormous weather balloon reached its capacity with helium it started to lift and pull up towards the atmosphere lifting the attached 1300 kg capsule that Baumgartner was in. The capsule was the vehicle that took the Austrian up to over 39,000m to the edge of the stratosphere between earth and space.

The journey seemed to have taken forever, after two hours they had reached almost 27,000m. The broadcast on YouTube panned between mission control in Roswell, New Mexico, the capsule exterior and on the face of Felix Baumgartner.

The visuals were spectacular; millions around the world were kept up to date every step of the mission with all the key critical factors like altitude and temperatures inside and outside and the pressure and oxygen levels in the capsule. The fact that it was being streamed live on YouTube was itself a marvel.

The fact that it was being streamed live on YouTube was itself a marvel.

Here is this capsule 39km above the earth and someone was going to jump out in a space suit to break all sorts of records while at the same time help improve safety measures in aeronautics.

This is why the broadcast technology of this event was a marvel. Most of the high tech, especially the cameras and communications systems, were specially designed to withstand the incredible high altitude pressure and temperature variations.

The capsule that was feeding the world these incredible images of the 39,000m ascent was equipped with nine high-definition cameras. Three of these were 4K cameras capable of delivering a 4,000 x 2,000 pixel digital cinematography resolution. All the cameras were in a special pressurised keg designed to withstand the brutal atmospheric conditions of being at that height.

Baumgartner’s pressurised suit had three high-definition video cameras: one on each thigh and one on Felix’s chest pack.

Getting all these devices to work together successfully was one thing, but transmitting all of this live to mission control and to millions of viewers around the world from 39,000m above the earth’s surface was another challenge.

As the capsule reached its final height Felix Baumgartner went through the final preparations to jump from 39,000m back to earth.

As the capsule door opened and he stepped on the ledge the millions of people around the world held their breath.

Just before Baumgartner jumped he uttered the words “I wish you could see what I can see. Sometimes you have to get up really high to understand how small you are. I’m going home now.”

Communication was briefly lost as the Austrian spiralled towards earth falling at a speed of 373 meters per second or 1342 km/h reaching Mach 1.24 and breaking the speed barrier.

The first picture which was posted on Facebook by Red Bull of Baumgartner on his knees just after he landed was shared more than 30, 000 times and Twitter registered over four million tweets about the event. 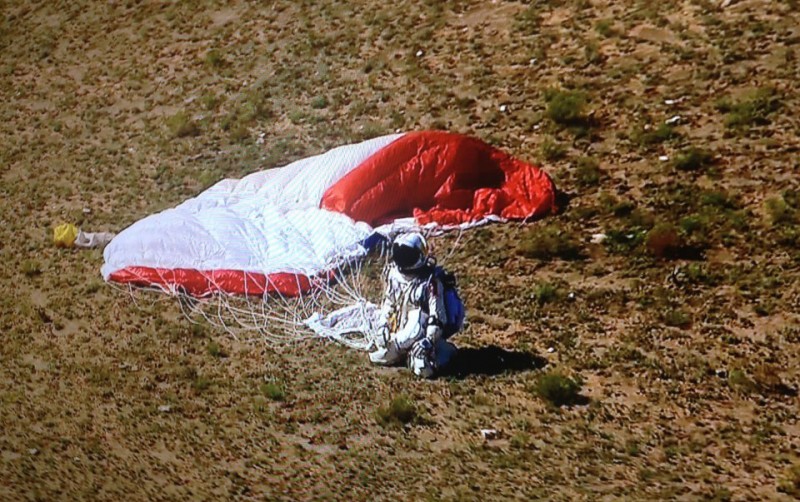 This event was essentially an online, live event and viewed mostly on phones, tablets and computers via various internet solutions, a first of its kind.