How fast will my media download? Different internet connections compared

How fast will my media download? Different internet connections compared 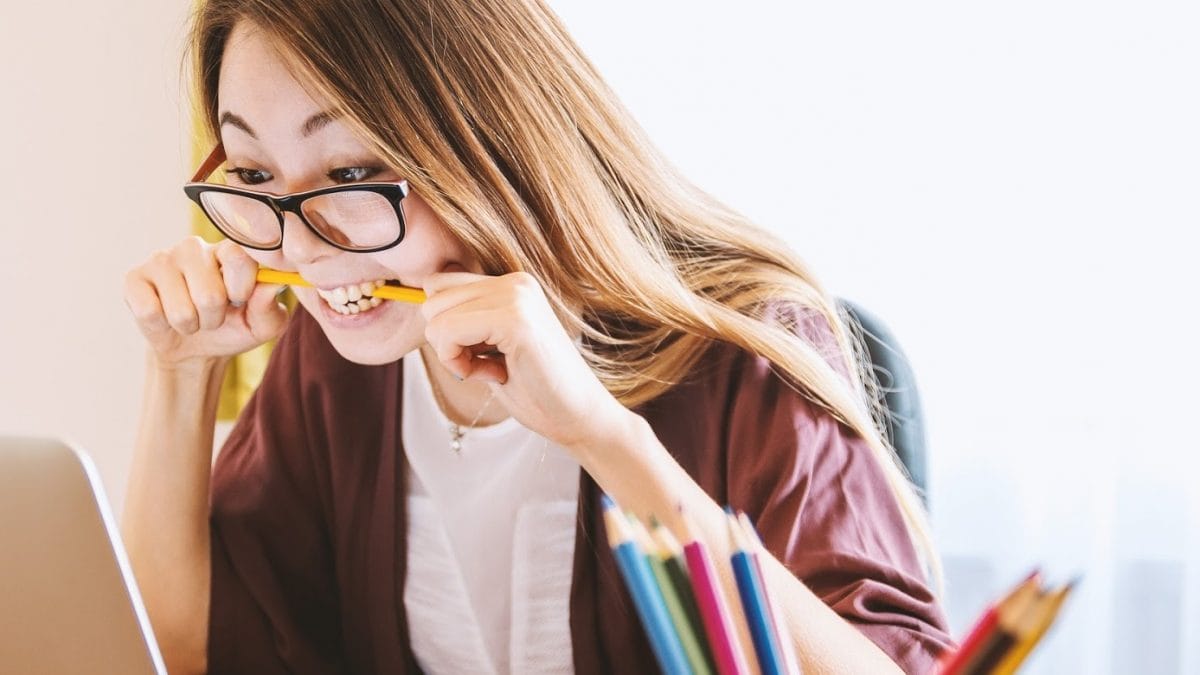 In the old days of the internet, those who tried downloading something found their patience seriously tested. If you were an internet user in the late nineties, early 2000s, you can probably relate to the image below (while it’s unlikely that a 180 MB download would have taken 39 years, that was what it felt like for users). 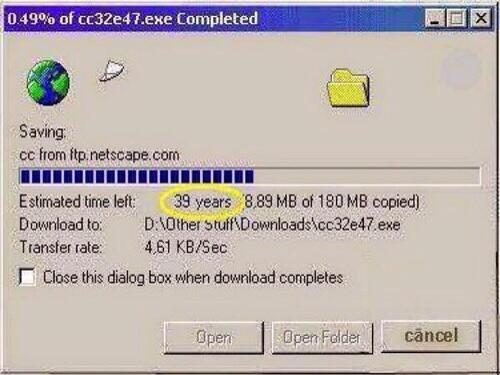 Fortunately, the quality of internet connectivity has improved drastically over the years, powered by consumer and business demands for bigger amounts of bandwidth to stream content, play video games, and download files. But as online media continues to move into new, better-quality formats, there are speeds that will be considered slow by today’s standards even though they are way better than the days when Netscape was the dominant web browser.

If you’ve ever been in a situation where it took you half an hour to watch a 15 minute YouTube video or where you could go out and do your weekly grocery shopping while waiting for something to download, you’ve probably wondered if you’re receiving the broadband you need. In this post, we compare download speeds of the different connectivity options available today to help you determine if you’re getting the quality that you are paying for.

First, what do the numbers indicate for download speed?

Internet speed refers to how fast data and content are transferred from the World Wide Web to your computer, tablet or smartphone. When downloading, you often come across labels like megabits, kilobits, and megabytes. One megabyte consists of eight megabits, but only megabits per second (Mbps) and kilobits per second (Kbps) are used to refer to internet speed whilst megabytes (MBs) indicate the size of the file being transferred. One megabit is 1,024 kilobits, which means that 1.0 Mbps is 1000 times faster than 1.0 Kbps.

DSL (Digital Subscriber Line) was once the most popular option to gain access to the internet at home. It’s still the standard way of getting Internet service for a large percentage of small to medium businesses. However, many companies are combining this service with a broadband router for a round-the-clock internet connection. Whilst it’s sometimes slowest of all internet connectivity (especially with the basic packages) it can be installed anywhere you can get a voice line.

Wireless  is quickly becoming the most widely available connectivity option both at home and at work as it promises high speeds for low rates. A wireless connection is established via a router that broadcasts your internet connection over radio waves. This option is faster than DSL and can also be accessed almost anywhere, with coverage areas growing every year.

Fibre is a relatively new fixed line connectivity which transmits data via fibre-optic cables at the speed of light. It is much more fast, stable and reliable than DSL and wireless, and is theft and weather proof. It’s not currently widespread but coverage is growing at a rapid pace among consumers and businesses.

The lower end of the scale represents typical DSL connection speeds, which can give you between 1 Mbps and 40 Mbps. Fibre internet download speeds range between 10 Mbps and 200 Mbps. So, if you want to download an HD movie of 5 Gigabytes in the time it takes you to make a cup of coffee and a sandwich, you’ll need a fibre internet connection of 100 Mbps. The same file will take you over an hour to download on a basic DSL line.

Of course, this is only a guideline as there are several factors that can impact the speed you are expecting. So even though you’ve been promised 16 Mbps, your connection might be slower if, for example, multiple users connect to the internet at the same time or if you’re further away from the router, or if you’re using an outdated computer processor. The internet provider isn’t always to blame as it typically depends on who you’re sharing your internet connection with and where they are.

Tired of having to kill time while waiting for your media to download? Or maybe that buffering icon is driving you crazy. Perhaps it’s time that you upgrade your broadband connection. Have a look at our wireless and fibre offerings and consider a package that will give you speeds you need for your home or business.