MWC 2013 – Part II. Is the mobile phone set to become the new wallet and credit card?

The big buzz word at Mobile World Congress 2013 was NFC.

NFC or Near Field Communication is a set of wireless standards for mobile devices that allows two devices to exchange information with each other securely. This can be a mobile phone with another terminal or device that has NFC built into it.

The technology itself has been around for a few years but is only now starting to take off and grow. I’ve had a few encounters with NFC that were actually quite useful. My new Linksys Router for example has an NFC card which allows me to simply tap it against a NFC mobile device and the Wi-Fi settings are installed on my device.

At MWC 2013 the big play with NFC was in mobile money and the digital wallet.

Journalists were given Sony mobile devices with NFC, preloaded with money. I was able to purchase coffee, food and even pay for taxi fares in Barcelona using NFC by simply tapping my phone against a terminal. 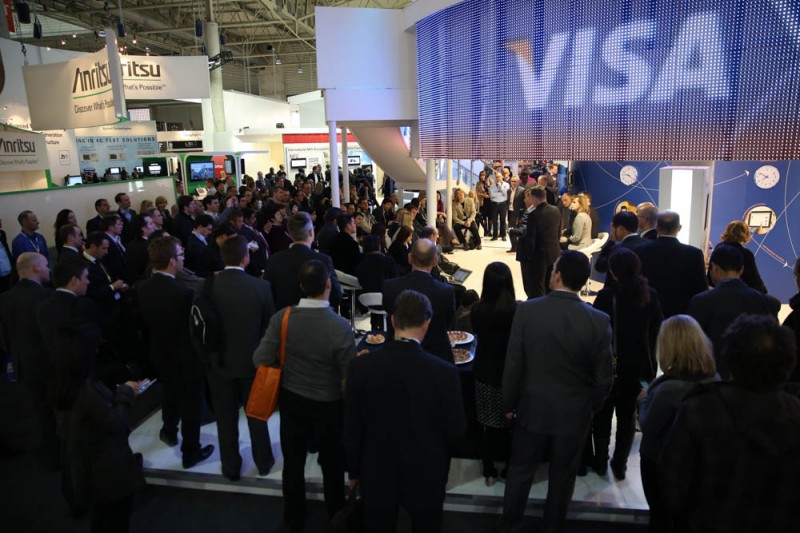 It certainly looks that way. All the major credit card companies are coming up with innovative solutions to embrace the new technology.

The new technology simply works by tapping your phone against a terminal instead of swiping a card. The card information is preloaded on the mobile device and the transaction is made seamlessly. 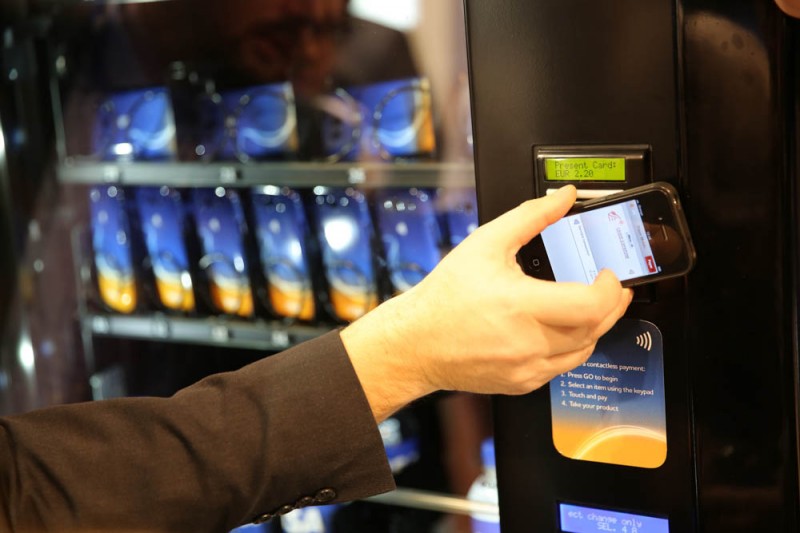 Visa’s Head of Mobile, Bill Gajda said that NFC has finally matured in 2013 admitting that “there have been some false starts with NFC, but right now nine out of the top ten device manufacturers are putting NFC into their phones and contactless technology is now standard on all merchant terminals sold”, he said.

“The key components are coming together, banks and mobile operators are working together to address the business issues,” added Gajda.

Visa also announced that an agreement had been reached with Samsung, that will see the Visa NFC mobile payment system built into all future Samsung smartphones and that the Visa payWave app will come preinstalled on these devices. The app and the technology will enable consumers to make contactless payments by simply tapping or holding their smartphone against a terminal to complete payment.

There are certainly barriers that NFC faces from consumers, and the learning curve will be the key. The benefits of NFC however, outweigh the negatives. The fact that you don’t need to physically take out your wallet to pay for something is a huge plus. Making an NFC payment is safer than physically swiping a card. It is all about the convenience and ease of use that make the whole process of paying for something seamless. 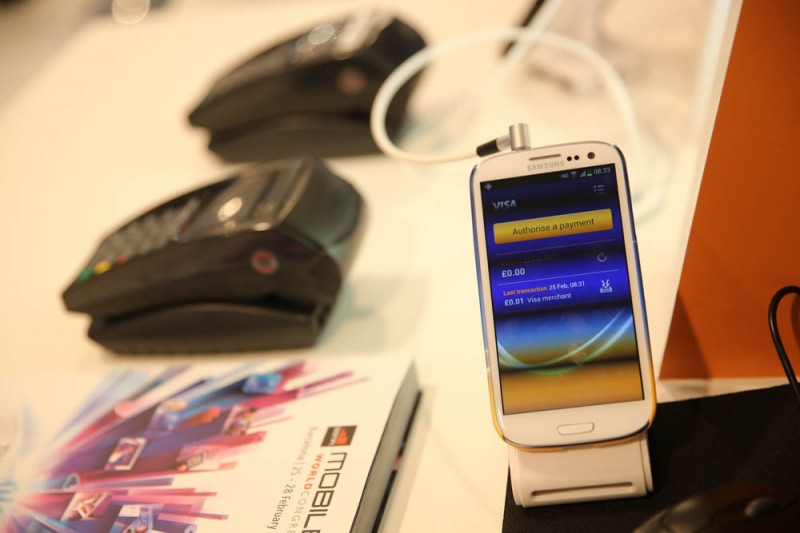 In South Africa we are still a while away from seeing NFC payments become reality. Banks like ABSA are currently running a NFC pilot program with Master Card and trials are underway to allow commuters to pay for public transport using NFC.here are certainly barriers that NFC faces from consumers, and the learning curve will be the key. The benefits of NFC however, outweigh the negatives. The fact that you don’t need to physically take out your wallet to pay for something is a huge plus. Making an NFC payment is safer than physically swiping a card. It is all about the convenience and ease of use that make the whole process of paying for something seamless.

When you look at the World Bank predictions…they say that by 2015 the total mobile money transfers in Africa are expected to exceed $200 billion making up roughly 18% of the continent’s GDP.

We’ve already seen the tremendous success that the M-Pesa mobile phone money transfer payment system has had in Kenya for example, were millions of transactions are done monthly using mobile phones.

Mobile money is growing rapidly in developing countries where banking services are non-existent in rural areas. The continents of Africa and Asia in particular have seen a boom in recent years.

Visa’s acquisition of the South African company Fundamo in 2011 was significant and very strategic.

Fundamo is a pioneer in the mobile money business in Africa and has been providing banking solutions for mobile users since 2000. They have solid platforms and relationships with banks and users, and this is the gap that Visa hopes to fill. There are approximately 1.8 billion people with phones but without bank accounts.

Imagine turning all those consumers into banked customers and make transacting formal and more secure.