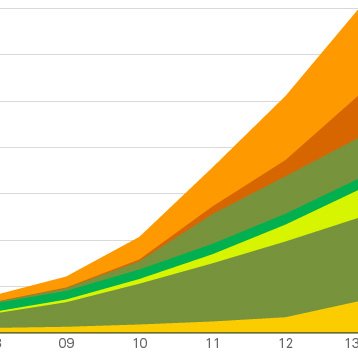 South Africa’s electricity grid has been under a tremendous amount of pressure over the last few years. Prices have increased sharply, and many consumers and businesses are struggling to absorb the electricity price hikes.

To aggravate the situation further, the recent demand on Eskom’s grid has resulted in load shedding across the country, which again has put huge pressure on businesses due to the downtime being experienced.

BP’s recent Statistical Review of World Energy 2014 was absolutely fascinating. It really puts into perspective the importance of renewable energy and how beneficial the uptake has been over the last decade.

During 2013, energy consumption in developed markets grew, whereas developing countries had a slow down on the average energy demands. These numbers are directly attributable to the economic growth in the relevant countries.

According to BP, South Africa accounts for over 90% of the region’s coal consumption, and virtually all of the production. In 2013, South African coal demand was flat, but production fell by 0.3%. 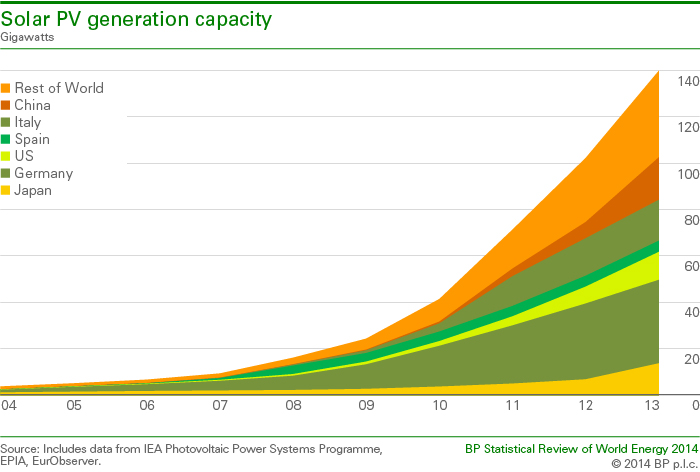 The most fascinating part of the energy review was the massive growth solar has experienced. Generation of power from the sun via solar panels reached a new world record of almost 140 Gigawatts in 2013. In total an additional 37.6 GW of energy was generated from solar during 2013, to show a 36.8% increase on 2012. Capacity has almost doubled in the past two years. Europe leads this growth, but the Asia Pacific region driven China and Japan, will soon surpass Europe’s solar growth just based on the current roll-out of solar panels.

The current global leader is Germany who generated 35.9 GW of power from the sun, with China in second place with 18.3 GW. Interestingly during the month of June, 50% of Germany’s electricity came through solar energy, according to the Fraunhofer ISE research institute. During the first half of 2014, the generation of renewable energy made up mostly of solar and wind accounted for over 30% of Germany’s total power. 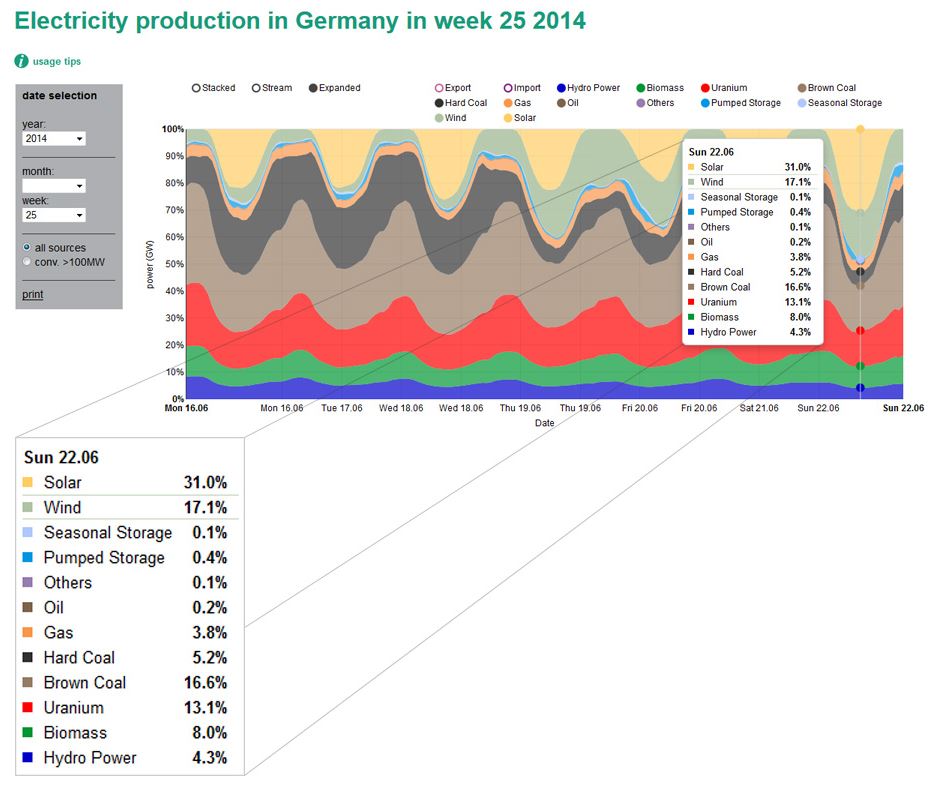 The challenge with solar is storing the power. Germany averages around 1 800 hours of sunshine a year and South Africa gets around 2 500 hours of usable sun to power solar. The solution to not being able to store the power is taking a considerable amount of the pressure off the grid, by distributing the electricity demands more effectively.

The question that needs to be asked is, why is South Africa and Africa as a whole, not pursuing solar energy more aggressively? Sure the initial cost is expensive, but when you look at the cost savings long term, it makes complete economic sense to invest in solar energy to solve so many of the current power problems. On average, it takes 4-5 years simply from the electricity savings, to repay the initial capital investment made for solar panels. We also need to look at a business model of feeding electricity back into the grid so that it can become viable for people to lay out the initial capital. There are already some companies in South Africa who have installed solar panels and currently seeing on average a 30% reduction in the electricity costs.

It is time for this continent to look at alternative energy sources more seriously. You simply cannot grow economies when two thirds of the entire African population does not have access to electricity.