The much-anticipated Samsung Galaxy S4 has finally arrived in South Africa. Following the success of the S3, which sold over 50 million units around the world, the S4 is set to break new records.

Samsung have done an amazing job engineering this device, because as soon as you unpack it you realise it looks almost identical to the S3. The S4’s screen has pushed towards the edges, allowing for more screen viewing space. 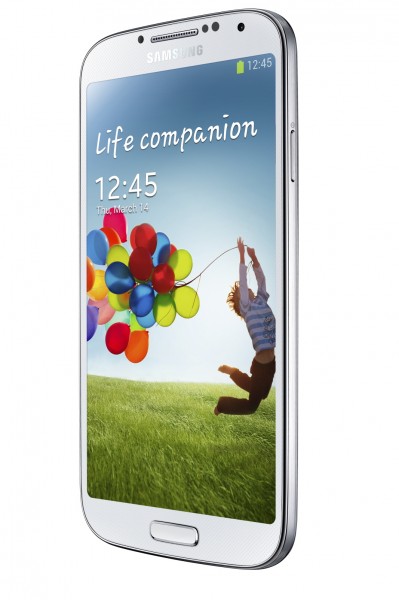 The phone itself still feels plasticky, though. Having said that, the same criticism was levelled at the S3, and most of the S3 devices that I have seen have worn well over months of hard usage for most users.

The SUPER AMOLED capacitive touchscreen is one of the best features of the device. It is brighter than the S3, and the colours are rich and warm, with the pixel density pushed up to 441 ppi. This is one of the first noticeable things you pick up if you previously had an S3. The screen of the S4 is considerably sharper, and images are rich with colour, and almost come alive.

The Samsung Galaxy S4’s hardware specs have been bumped up considerably. In terms of processors it comes into two variants: The Exynos Octa 5410, and the 1.9GHz quad-core Qualcomm Snapdragon processor that has LTE on the chip. The LTE version of the S4 will be available in the next five weeks according to Samsung.

It runs Jelly Bean, which is the latest version (4.2.2) of the Android’s Operating System.

One of the focal points of this device is the camera. The S4 has a 13MP camera that is very impressive, and shoots the most amazing pictures and video. But it can do a lot more than just take photographs.
One of the new features is Sound and Shot, allowing you to include audio in a photograph, making images come alive with sound.

Drama Shot captures a sequence of photographs and then puts them together in a sequence. 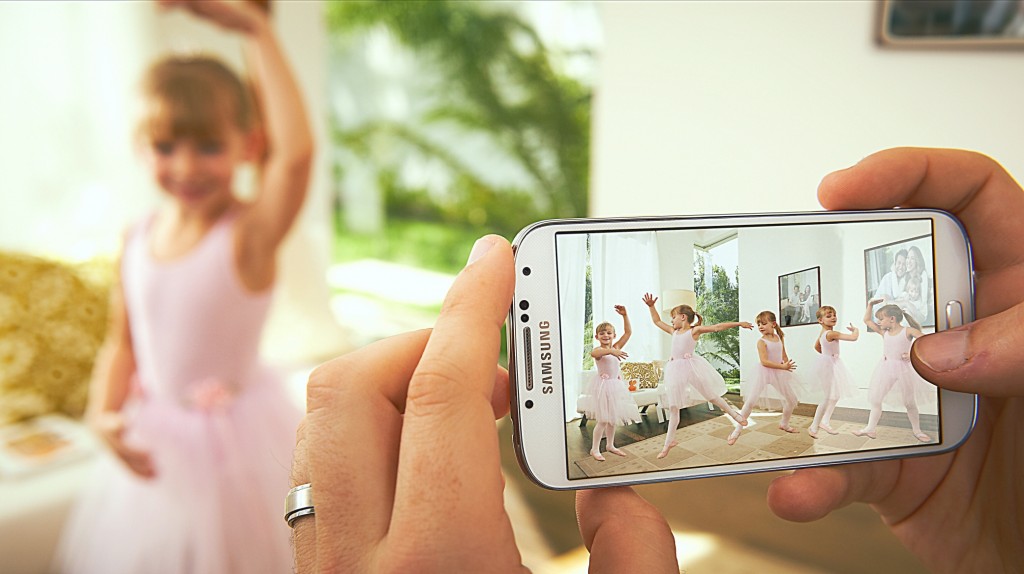 Dual Shot lets you simultaneously take a photograph using the front and rear cameras so that the photographer is never left out of the action.

All of these culminate together in the Story Album – almost like a digital scrapbook that captures and links everything about a particular event, and allows the user to customise the entire album.
A key differentiator of the SGS4 is the battery. The 2,600mAh battery is really powerful, and will last for a full day. Another great thing is that it is removable (for those who carry a spare battery).
The device has literally anything and everything available in terms of tech. Gone are the days where phones were used to make calls and check email and download apps, listen to music and take photographs.

This is where Samsung have based the focus of the GS4 by calling the device a “Life Companion”. It is what you can do with the phone that differentiates this device from the competitors.

The GS4 has nine built-in sensors that do incredible things to enhance the user experience and deliver something unique.

The gesture sensor recognises the movement of your hands, and lets you browse photographs by simply waving your hand across from left to right, as opposed to physically touching the screen.

It has a proximity sensor that uses infrared rays to work out if the user is near the phone.

A gyro sensor detects the phone’s rotation on three axes.

The accelerometer sensor works out the movement of the device, and is able to count your activity, like walking.

A gyromagnetic sensor is used to detect magnetic intensity and give a user an accurate compass reading.

There is a temperature and humidity sensor that checks on the comfort levels indoors and outdoors.

The barometer sensor measures the atmospheric pressure around you.

It also has a hall sensor that works our if you are indoors or outdoors.

The RGB light sensor measures intensity of the light source around you.

These may sound gimmicky, but put them to use around specific applications and that is what excites users. 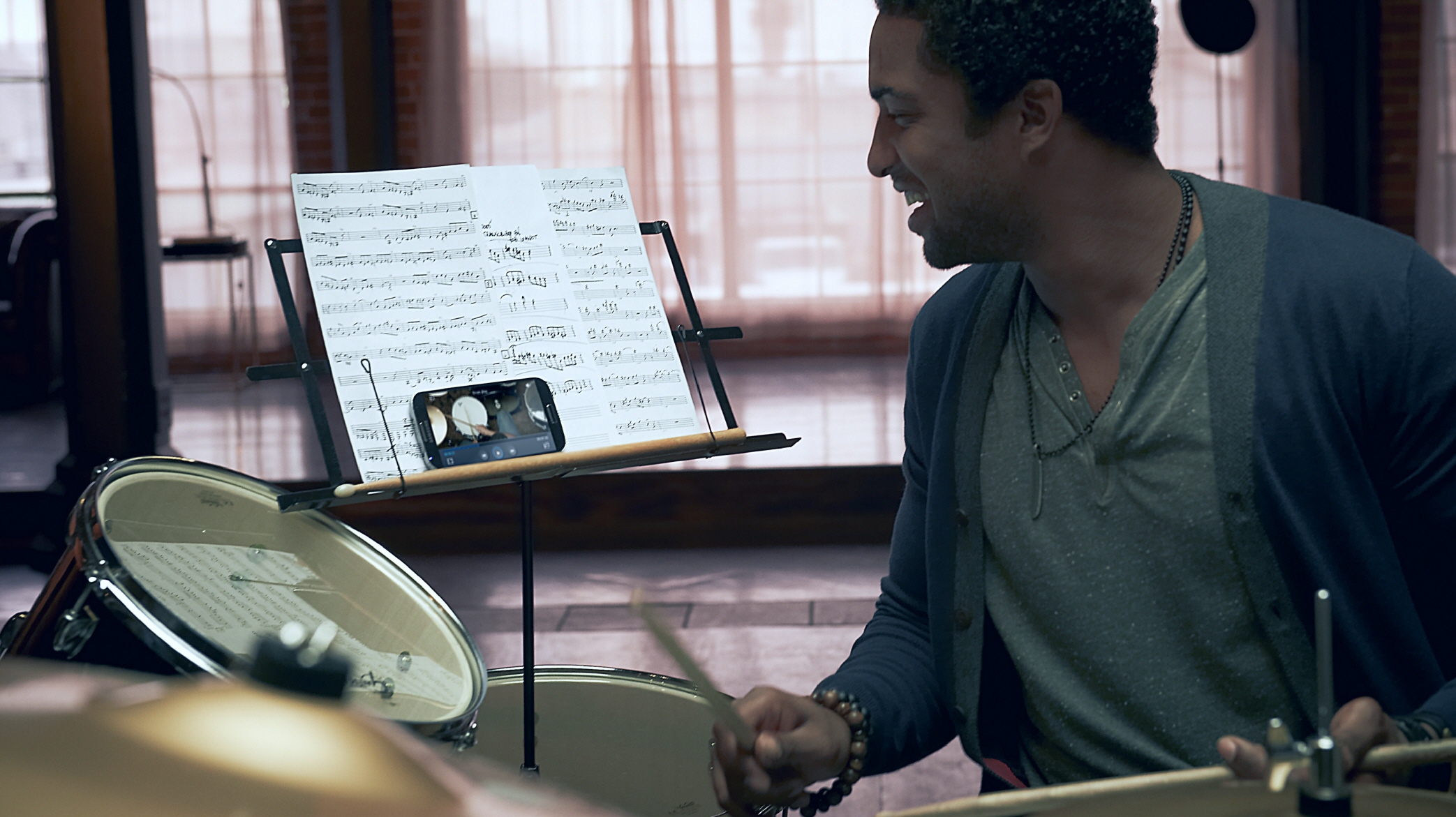 S Health is another focus that will appeal to many who are health conscious, and based on how massive health and fitness has become, this will be a big draw card for users.

The S4 is able to track your workouts, how many steps you take daily, what you have eaten and basically make you conscious of leading a healthier life. Linked to S Health are 3rd party hardware editions that include an electric bathroom scale, a blood pressure and glucose monitor that will be able to send data to your phone, making you aware of all your vital body functions.

Have you ever felt lost in another country and have no idea what someone is saying to you or working out what a sign says? Not a problem for the SGS4. S Translator allows helps you translated text or audio across Spanish, French, German, Italian, Portuguese, Chinese, Korean, Japanese into English, and vice versa.
The SGS4 comes with a world first Pan African warranty. If you purchase your device in Africa the device comes with a 24-month Accidental Damage from Handling (ADH) warranty that covers screen and liquid damages at no extra charge. Customers will be limited to two incidents per 24-month period, either two screen damages, two liquid, or one incident of each.

The Samsung Galaxy S4 is a fantastic phone packed with features that will delight and wow people. Some may call many of them gimmicky, but the reality is that users will love these new additions.

The Samsung Galaxy S4 will cost you R8500 if you want to purchase it for cash, or it is available on various contract options on all four networks.