The 3D revolution – Part I

The 3D revolution – Part I

This is the 3D printing revolution that is set to challenge manufacturing and intellectual property. And if you think this is a fad and is going to go away, think again. Your organisation could be in danger if you don’t innovate and embrace 3D printing in your business.

One of the companies making 3D printing affordable is MakerBot. The company, which started off just four years ago, came into the market when 3D printers were selling for over $10 000. They challenged the business model and were able to produce affordable 3D printers for the consumer market and today have a printer for $2 199.

It has sparked off a whole new industry. Today consumers are able to print a whole range of goods from toys to spare parts and even prosthetics from their homes thanks to the MakerBot Replicator 2. 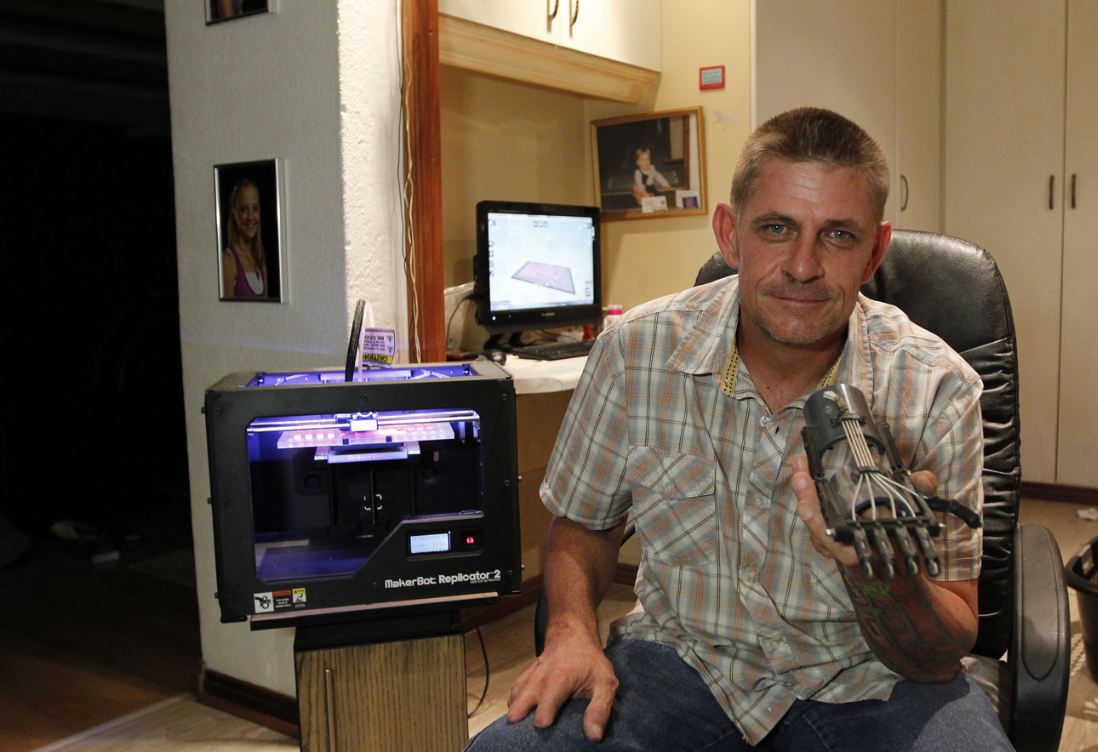 One of the success stories comes from South Africa. Richard Van As is a master carpenter from Johannesburg. His life changed after losing some fingers from his right hand in an accident one Saturday afternoon. He decided to change his disability and lead a normal life by building his own hands. Anyone who has had prosthetics will tell you the entire process is very expensive and only few can afford prosthetic limbs. Richard scoured the web, looking for ideas and solutions to build prosthetic fingers. He hit a brick wall: established companies told him it was impossible to make them himself and that the cost would be prohibitive.

The “A-ha!” moment came when he started collaborating with Ivan Owen, a mechanical special effects expert based in Washington. Ivan was able to share his designs of robotic hands used in movies. They soon started the Robohand project and started rolling out prototypes of artificial fingers using 3D printers from Makerbot. Prototypes and designs went to and fro via email, and soon their final design was ready for production.

They started making mechanical fingers that opened and closed based on the motion from the wrist. Cables attached to the fingers enabled the fingers to curl and grasp objects.

Almost all the parts they produced where made using the MakerBot Replicator2 3D printer.

What they did was revolutionary. Not only were they able to produce limbs at a fraction of the cost, but they were able to make these prosthetics much quicker than traditional processes. Today Richard and Owen are changing the lives of children affected by Amniotic Band Syndrome, which results in kids being born with malformation of fingers and hands, as well as helping people who have had finger amputations. 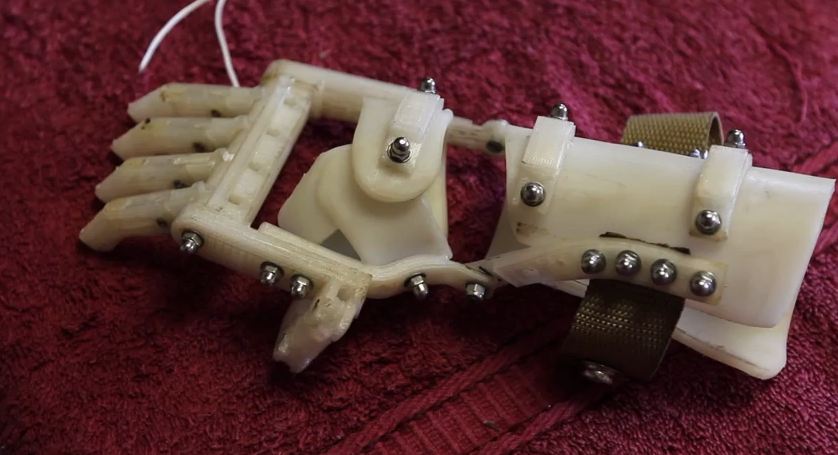 Richard and Owen have shared their designs and process on Thingiverse so that anyone anywhere in the world can print their own prosthetic fingers.

Even Microsoft sees 3D printing going mainstream. At their recent developer conference in San Francisco, they announced that there will be native support for 3D drivers in the Windows 8.1 update later this year.

In the same way that the Guttenberg press revolutionised printing, and the steam engine catapulted the industrial revolution, 3D printing will empower people to make anything they want and that will fundamentally change manufacturing forever.

In part II of the 3D printing revolution we look at the industrial applications of 3D printing, as well as how NASA plans to use this technology in space.