The different types of security cameras for surveillance

What internet speed is needed for VoIP?

Why biometric scanning is a useful measure

The different types of security cameras for surveillance 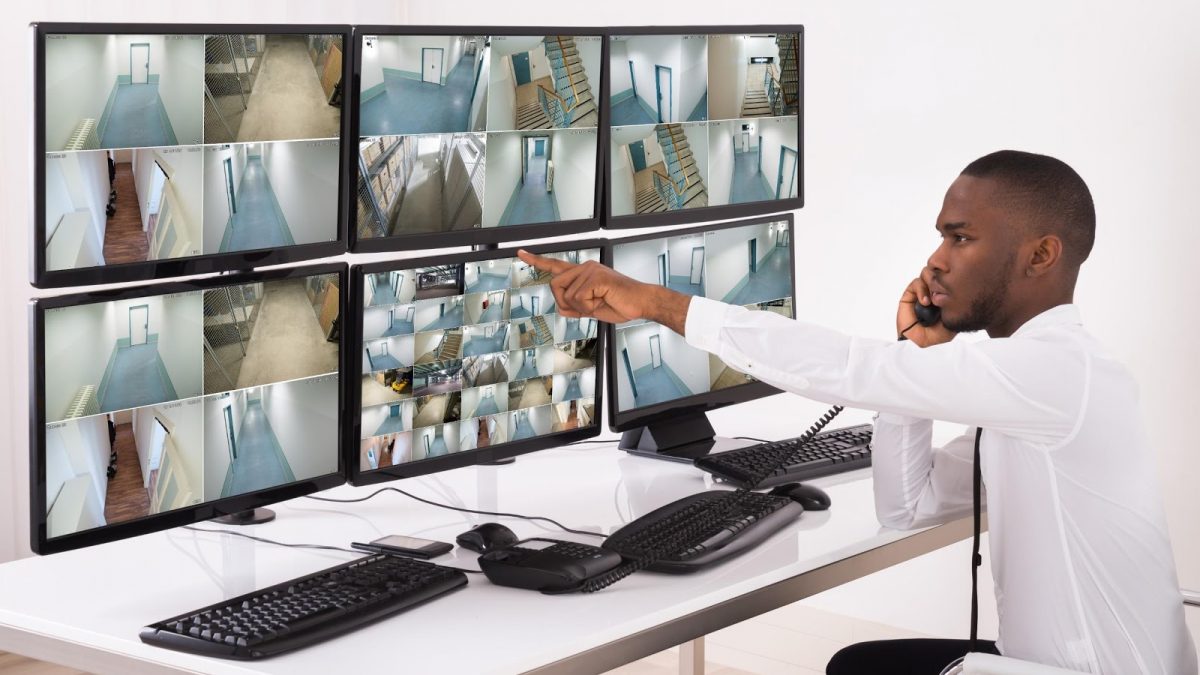 New to the world of CCTV? You’re probably just looking for a device that can monitor your premises. All CCTV cameras are capable of providing video surveillance for security purposes, but beyond these common functions, security cameras come in many different shapes and sizes, each with its own set of features.

Bulky cameras and grainy images are things of the past. Today’s security cameras are more sophisticated in design and offer high definition recording alongside a range of innovative capabilities. If you are setting up security cameras in your business for the first time or are considering updating your current surveillance system, it’s a good idea to familiarise yourself with the options available.

What mainly set these two camera types apart are the ways video is captured, delivered, and stored. In the past, analogue cameras sent video footage as a signal via a coax cable hooked up to monitors and VCR’s where the footage is recorded on a video cassette. Modern analogue cameras transmit signals to  a DVR (Digital Video Recorder) where it is converted to a compressed digital file, stored on a hard drive, and viewed on a connected monitor. The DVR can also be connected to a router and modem to view it over the internet.

IP cameras tap into your business’ Wi-Fi network and record live over the internet while storing data in the cloud. Video footage is digitally recorded to begin with, and in a higher picture quality, therefore you will need a reliable and fast wireless internet or fibre connection. The main benefit of these cameras is that you can view footage from anywhere on your computer or smartphone. IP cameras can be connected wirelessly. Wired IP security cameras are directly linked to a Network Video Recorder plugged into your router and the internet. IP cameras come with a Power Over Ethernet (POE) switch that carries electricity along the same cable that transmits video, keeping your cameras powered up and running.

Dome cameras have a smooth round shape and are less prominent which is good if you don’t want your cameras to be easily noticed. With some dome cameras, you can manually point the lens into the desired direction. But, because of their shape, it’s not easy to tell which way the camera is facing, which makes for a good deterrent for intruders coming from different directions.

Dome cameras can also contain three or four cameras. They can watch an area that normally needs multiple cameras, and transmit one signal over one cable. Like bullet cameras, they can be mounted on a wall or ceiling.

A bullet camera is perhaps the most recognisable of the lot. Known for their long cylindrical shape, these cameras can be installed indoors or outdoors, on a wall or ceiling. Because of their prominent shape they can be easily noticed and thus act as a good deterrent to intruders. The tip of these cameras contains a small protective cover to prevent glare and weather damage.

Standard, and especially older bullet cameras provide a limited field of view on a specific area, for example, the front gate. So if you want to keep several areas under surveillance, you need to install multiple cameras. Modern bullet cameras have lenses that offer better range and zoom capabilities than most dome cameras.

If you want greater flexibility in terms of surveillance, Pan, Tilt, and Zoom (PTZ) cameras are just what you’re looking for. To get a desired view, the camera can be moved left and right, up and down, or closer and further from a subject. It is especially useful for human and vehicle detection. Night vision and smart tracking is a standard feature of these cameras. Some cameras need to be operated manually by a surveillance officer while others can be set to automatically move around. 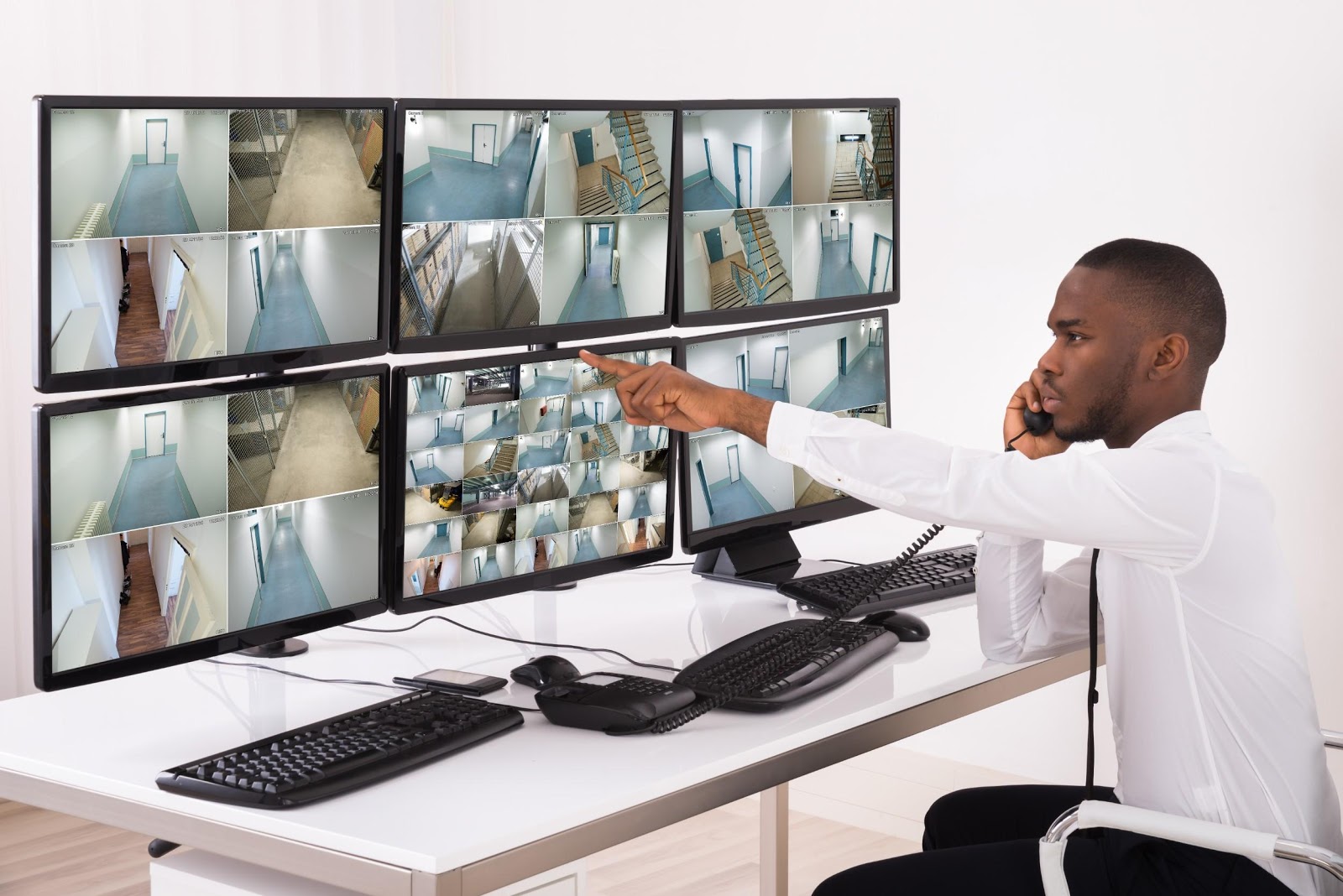 Fish eye cameras are wall or ceiling mounted devices that offer a wider field of view for your surveillance needs. Available in a range of megapixels, fish eye cameras can record for up to fifteen metres at a 360 degree angle, and have a built in mic that can record audio and a speaker for audio output, leaving you without blind or deaf spots in the areas you want to keep under surveillance.

Infrared cameras are specialised types of cameras that can either be bullet, dome, or PTZ. They are designed to record at night time or low lighting conditions such as fog, dust, or smoke. Thermal cameras are fitted with sensors that detect invisible heat radiation from humans, animals, and objects. By using analytics to highlight contrasts within a scene, thermal cameras can detect potential threats from a great distance and trigger the appropriate response.

If you suspect criminal activity or unethical behavior in your business, a covert camera will help you discreetly monitor the situation. Also known as spy or hidden cameras, they are usually placed in a high-security location such as near safes or offices where sensitive information is kept. They can also be used to detect harassment in the workplace. Because of their small size, they can record activity without being noticed by employees or intruders.

– Assessing specific behaviours to distinguish between threats and false alarms

The CCTV industry offers many different security choices. Setting up an ideal video surveillance network in your business requires thorough consideration of the styles and features. Nashua understands that CCTV cameras are an investment in the safety of your business and its people, which is why we offer some of the best surveillance solutions that can be tailored to your business security needs.