When Steve Balmer announced that he was planning retire and step down as Microsoft CEO in August 2013, the market was buzzing with speculation as to who his successor would be.

The initial front-runners were Ford’s current CEO Alan Mulally and former Nokia CEO and currently the Executive Vice President, Devices & Services of Nokia Corporation since Microsoft’s purchase of Nokia last year. When Mulally pulled out of the running the CEO position was wide open.

Microsoft, which was founded in 1975 by Bill Gates and Paul Allen has only had two CEO in its 39-year history.

Microsoft’s first CEO Bill Gates was responsible for the launches of Windows 3.0, Windows 95 right up to Windows 98.

The Steve Balmer era saw the launches of Windows XP, the Xbox, Windows Vista and recently the Surface devices, which have not had the most successful run in sales.

With a current market cap of around $300 billion and a share price hovering around $36 Microsoft has had solid financial results in the last three decades. Microsoft has remained dominant in the enterprise space but many argue that it has not kept up with the changing landscape in the mobile and tablet market. 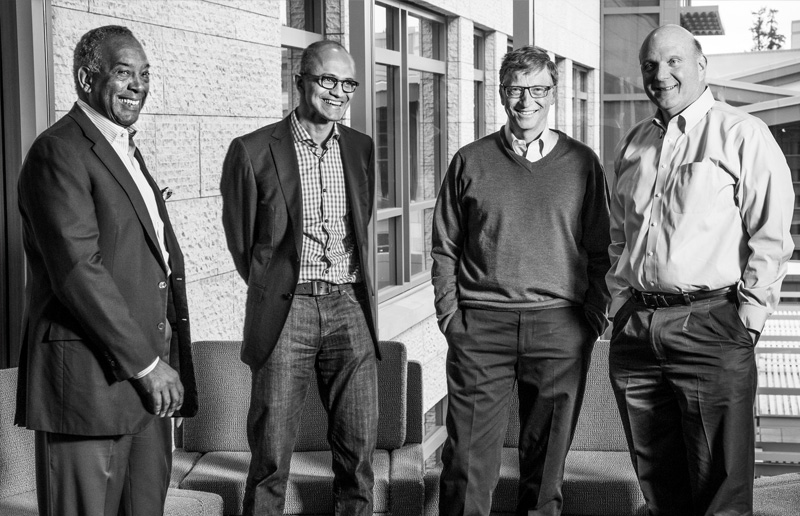 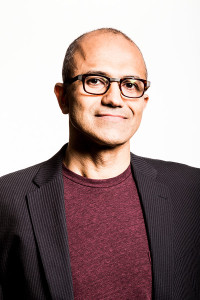 When Satya Nadella was announced as the new CEO, many analysts were taken by surprise. When you look at Satya Nadella’s pedigree, it actually should come at no surprise that he was probably Microsoft’s best candidate to take the reins of the software, hardware, and services giant.

The 46-year-old Microsoft veteran who was born in Hyderabad, India, has been with Microsoft for 22 years. Prior to being announced as Microsoft’s new CEO, he headed up the company’s Cloud and Enterprise Group, which makes up $15 billion of Microsoft’s revenues.

Nadella takes the reins at a crucial time in Microsoft’s history. Being the third CEO in an industry that has seen tremendous changes in IT since the days of Gates and Balmer, Nadella needs to ensure that Microsoft remains relevant, competitive, and innovative.

I had the opportunity to listen to Nadella speaking at Microsoft’s annual Build conference, which was held in San Francisco last year.

I was most impressed hearing his vision for Microsoft in the cloud, using their Azure platform as the backbone. He spoke about how Azure makes up the backend of Microsoft’s core and how the software is the enabler to build, deploy and manage applications in the cloud. 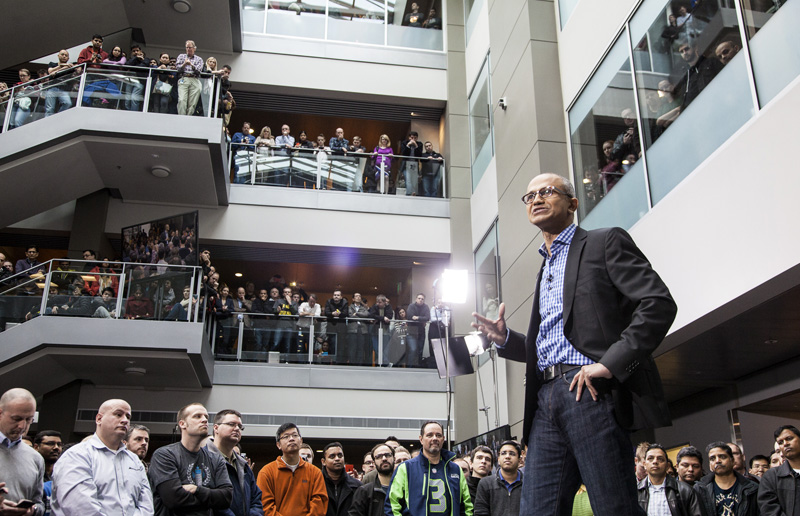 At the conference Nadella spoke about where they were taking Azure and how important it was for their cloud service to be agile and be able to deploy software and services in the cloud with ease. Azure incorporates Microsoft’s ecosystem into the cloud on a secure, robust and stable platform and this is where Microsoft’s future lies. They already have 50 percent of Fortune 500 companies using Azure and growing.

Microsoft has huge resources behind them and some of the most talented people in IT. Nadella needs to capitalise on this by drawing these strengths with the organisation and bring out the incredible innovation that Microsoft is capable of.

With technology being so software driven today, it will remain one of Microsoft’s strengths. Businesses and consumers are moving to the cloud and there is no better person within the organisation to take Microsoft and its 130 000 employees through the next decade.