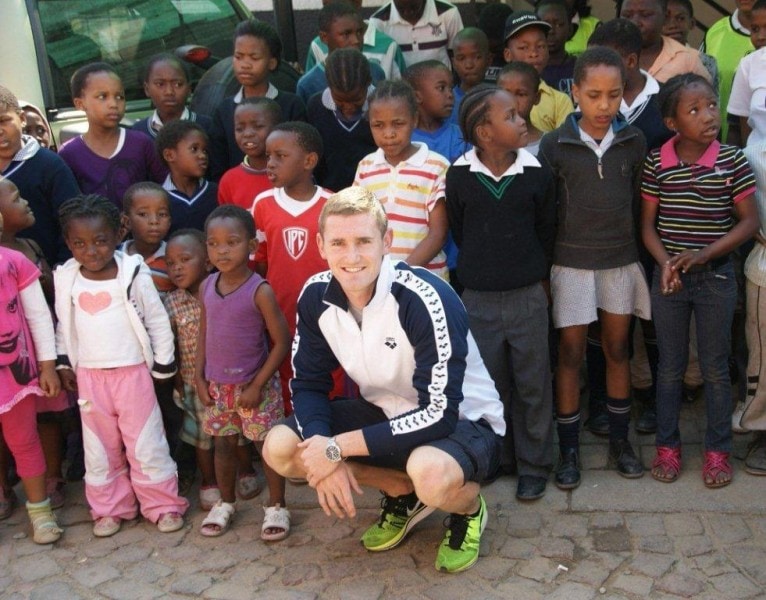 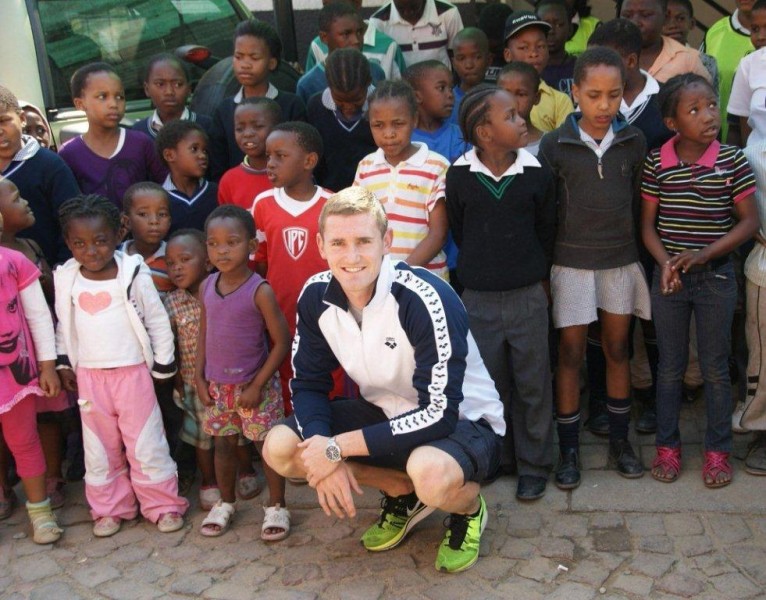 24 August 2012, Alexandra Township:-  Instead of biting down on his gold medal, Olympic swimming sensation Cameron van der Burgh can now sink his teeth into 140 kilograms of boerewors instead on Friday, the 24th of August – exactly a month before National Braai Day.

In honour of achieving a gold medal at the London 2012 Olympics, van der Burgh received a cow from Jan Braai, the head of the National Braai Day initiative.  Not certain what to do with this sizable gift, mentor and friend Ryk Neethling, prompted van der Burgh to donate the cow to Neethling’s charity of choice, the Nashua Children’s Charity Foundation (NCCF).

Valued at R7 000, Jan Braai turned the cow into boerewors, which was subsequently braaied by Jan, van der Burgh and Neethling at Abangani Enkosini, a NCCF supported children’s home in Alexandra Township.

The children’s home is situated in the yard of a doctor’s surgery in Alexandra where its founder Portia Mongake lives in a shack that houses fridges, food, clothing, linen and one large mattress on which she sleeps with abandoned toddlers. An adjoining shack contains the makeshift kitchen where up to 252 children are fed every day. Many of the children assisted are HIV positive, while a large number are orphaned and of course, vulnerable. The project provides a safe place for children to congregate after school, and also ensures that every child whom they help is enrolled in a school and do attend, otherwise they do not receive meals. Despite Nashua’s support of fresh food, clothing, toiletries, and educational equipment, Abangani is still forced to turn a number of children away every day as they do not have the resources to feed any more mouths.

Commenting on his interaction with the children and the skills of his fellow braaimeister connoisseurs, van der Burgh chuckles:  “It’s any man’s dream to braai, braai and then braai some more! But to spend the day making boerewors rolls for 252 children and then to see them enjoying your cooking efforts is an absolute treat!” 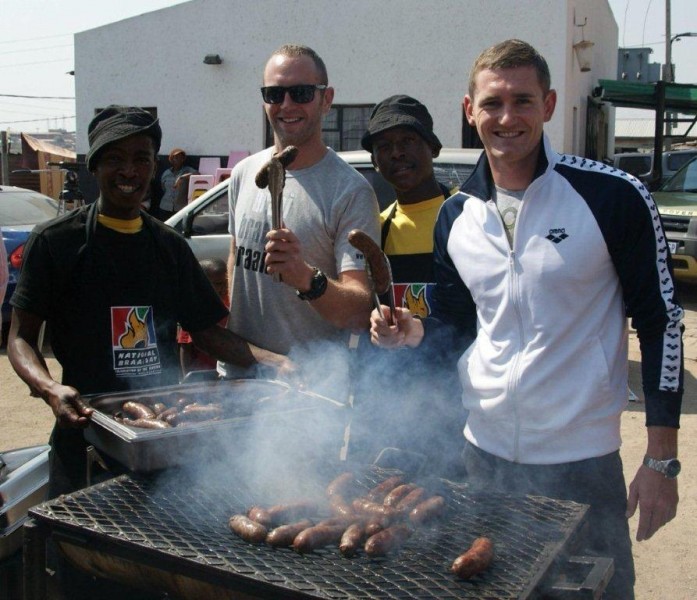 Helen Fraser, Director of NCCF expresses her gratitude to van der Burgh, Neethling and Jan Braai for helping Nashua to make a difference in these children’s lives.

“The Nashua Children’s Charity Foundation plays an active role in underprivileged children’s lives as we provide approximately 100,000 meals per month to about 4,000 children. In addition, we purchase cleaning material and toiletries for various charities as part of Nashua’s sustainable living projects, and as education is a key priority area for us, we also provide our supported children with school uniforms, stationery, and assist with transportation and school fees.”

She adds that Nashua also strives to improve the basic living conditions of supported charities, which includes renovations, additions and alterations to the homes that the Foundation cares for.

“We also make sure that our children know that Nashua truly cares for them and therefore we are constantly surprising them with visits to the zoo, trips to Sun City, and numerous shopping excursions.

“In today’s instance, it is the generosity of Cameron, Ryk and Jan Braai that brought smiles to these children’s faces and memories that will long surpass their bulging tummies from indulging in way too many boerewors rolls, chips and cold drinks!”