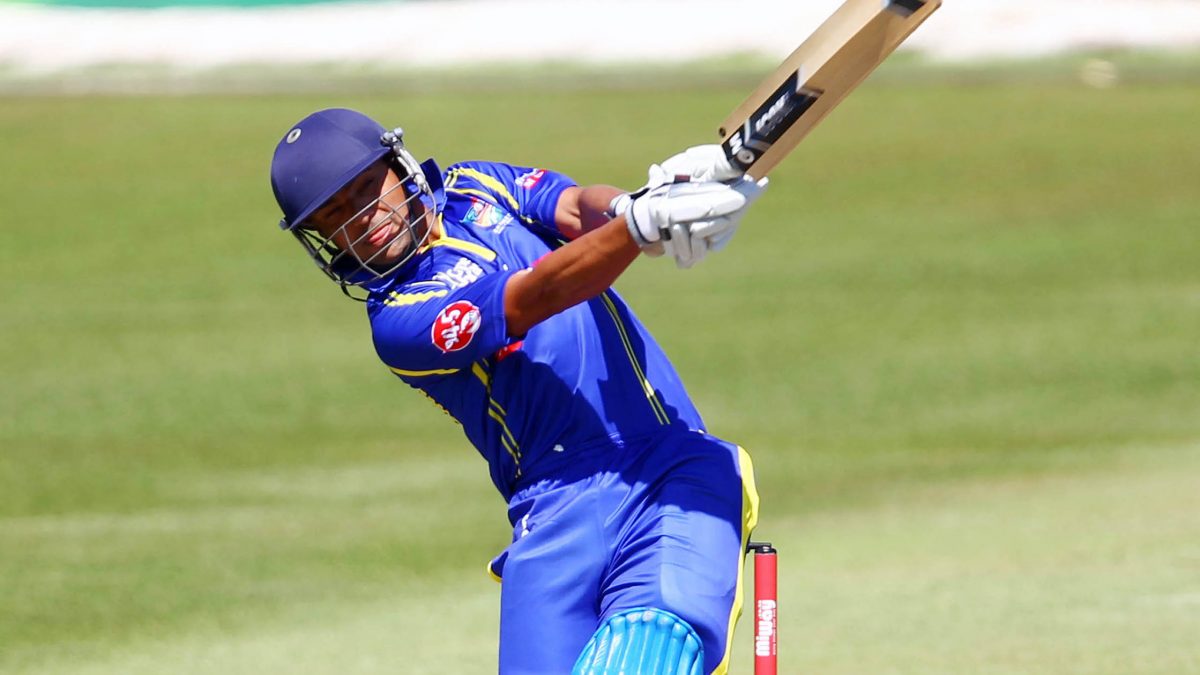 ALFONSO THOMAS produced an heroic all-round performance at SuperSport Park on Sunday to earn the Nashua Titans the dual prizes of a place in the final of the MiWay T20 Challenge as well as a ticket to the Nokia Champions League.

In the best traditions of T20 cricket the match against the Chevrolet Knights went down to an eliminator over which the Titans won by 13 runs (19 runs to 6).

During the match proper it looked as though the Knights had held their nerve well enough to win in normal time. But Thomas had other ideas hitting two sixes including one off the last ball from Jandre Coetzee to tie the scores and set up the eliminator over.

It was a remarkable over as it also included four dot balls.

The eliminator over was a triumph for both Thomas and the latest new cap for the Proteas, Farhaan Behardien. The latter hit 15 runs off five balls from ring-wise Johannes van der Wath, including the shot of the day – a low-flying six over extra cover.

Thomas then defended the target of 20 brilliantly, conceding only six runs from his six deliveries, one of which was a leg bye.

Behardien also played an important role in the Titans’ initial runs chase, sharing partnerships of 38 with Martin van Jaarsveld and then 53 with Albie Morkel to get his side within range of the Knights total of 144.

Morkel was another to have an outstanding warm-up for Friday’s New Age Cup T20 International against India at the Bidvest Wanderers Stadium. He made 25 off 21 balls (2 sixes) in the initial runs chase after taking two superb outfield catches in the Knights innings.

They were responsible for the dismissal of Morne van Wyk and Dean Elgar and there is no knowing how many runs he saved in the process. The second catch – a diving and sliding right-handed effort at long-on – will surely go down as the catch of the season.

Van der Wath and Coetzee did an excellent job with the ball for the Knights, taking seven wickets between them for 49 runs. At one stage the Titans were 29/4 in the power play before Behardien led the revival.

Ryan McLaren made top score for the Knights with 42 off 28 balls (4 fours and a six).

The Titans now face the bizhub Highveld Lions in next Sunday’s MiWay T20 Challenge Final at the Bidvest Wanderers Stadium and the two franchises will also represent Cricket South Africa in the Champions’ League at the start of next season.