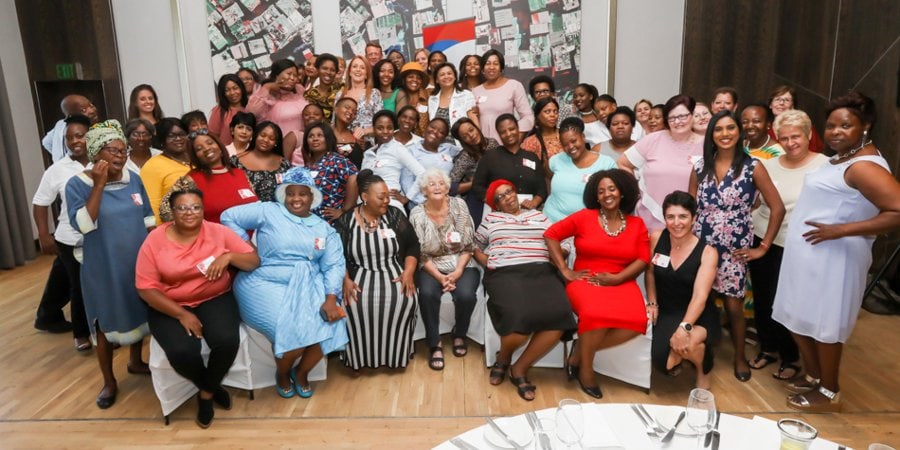 Representatives of 75 children’s charities were honoured and acknowledged at the Nashua Children’s Charity Foundation (NCCF) lunch on 25 January at the Park Hyatt Hotel in Rosebank.

Operations director at NCCF Helen Fraser said, “This lunch is about us acknowledging the caregivers who give selflessly to children.”

Fraser, who was also acknowledged for her hard work and commitment at the event, said she is inspired by the children she serves. “My life is children. There are so many children in this country who are so desperate. The smile or hug from a child when they receive the simplest thing means everything to me.”

Manager of the Nkanyezi Stimulation Centre in Orlando West Prisca Tshabalala recalled the time when she had started a centre for children with multiple disabilities as particularly tough. “The doors shut in our faces until we met our guardian angel – Helen. If it was not for her, our children would have been like those in the Life Esidimeni tragedy,” said Tshabalala.

Mirriam Mazibuko of the Orlando Children’s Home for abandoned and abused children in Soweto said, “Before the Nashua Children’s Charity Foundation came to our aid, we were not coping food-wise. When we found Helen, it was such a blessing to us.”

Others echoed the sentiments of Mazibuko and Tshabalala, expressing their heartfelt thanks to the foundation.