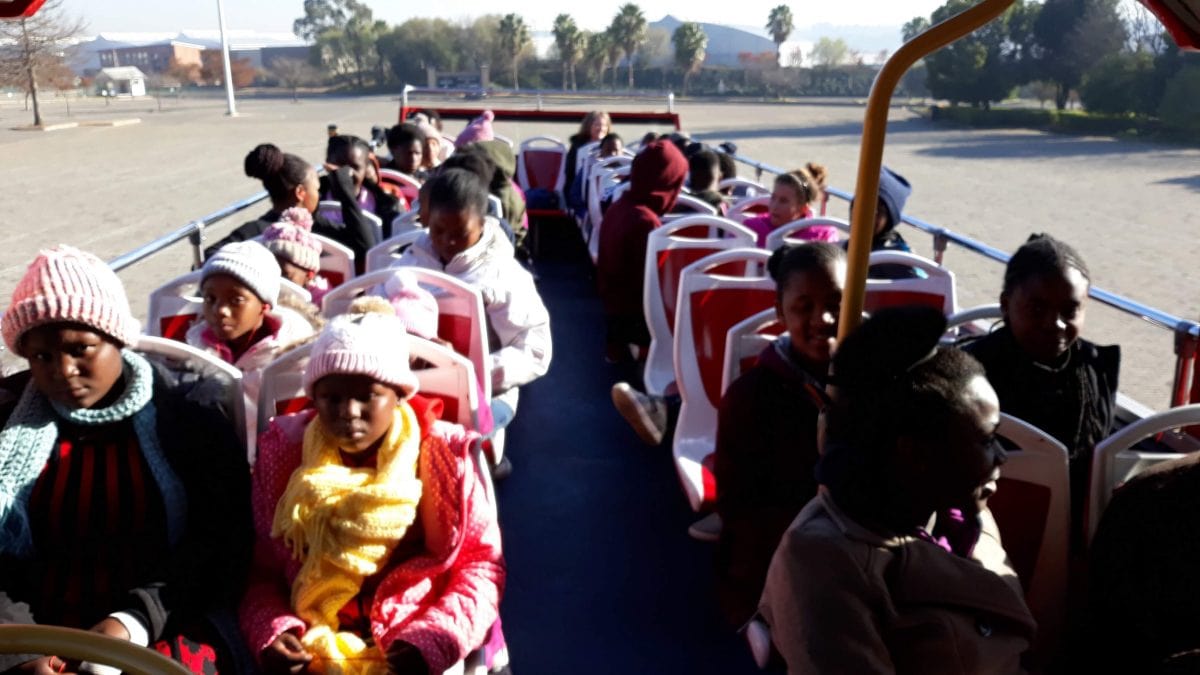 The Nashua Children’s Charity Foundation (NCCF) recently gave 50 children from the SANTU HIV/AIDS Relief Project a day to remember during the winter holidays with a sightseeing tour of Johannesburg.

The tour took place on the 7th of July 2016 and was made possible by generous sponsors Pick ‘n Pay Hypermarket Woodmead and City Sightseeing Joburg.

After meeting at Gold Reef City, the first exciting stop was The Sci-Bono Discovery Centre where fun, knowledgeable guides escorted the children around the exhibits – and a few budding scientists were identified amongst the group.

The next stop, Constitutional Hill, fascinated the kids as they learnt about the history of the Old Fort and prison. They were amazed by the cells, dining and ablution blocks and listened intently to the tour guides, Colin and Lebo.

James Earl Transport Museum was the last stop on the tour, where the children were able to explore old trams, fire engines and steam trains, as well as a collection of bicycles, cars, wagons, tyres and other transport collectables.

The amazing trip ended back at the starting point, Gold Reef City, where the NCCF volunteers said goodbye to an awesome group of well-behaved children – who’ll have many stories to share when they return to school.