Another Successful Festive Shop for The NCCF and Jet 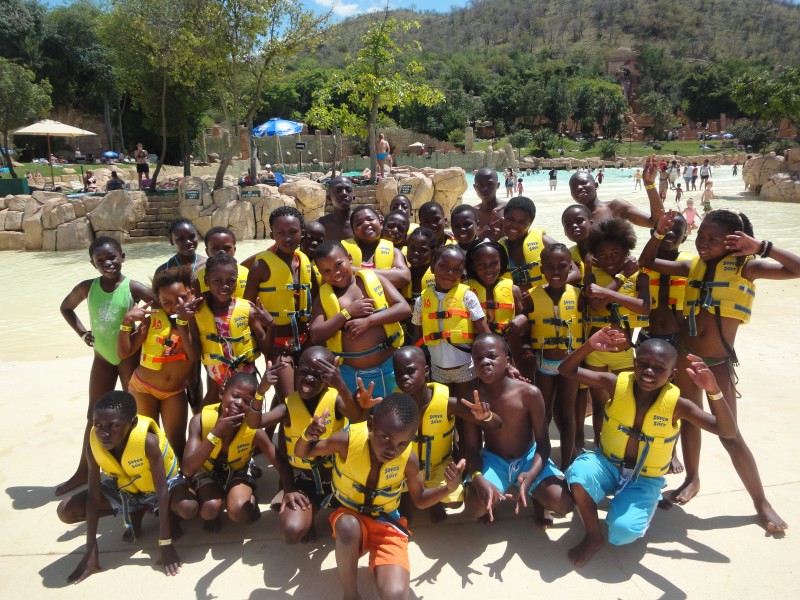 On Saturday 27 October a team of volunteers from the NCCF took 32 children to the Valley of the Waves at Sun City.  None of the group of 32 had ever been to Sun City, so their excited rush through the complex to get to the beach was felt by all. The Valley of Waves team were on hand to meet us, ready with towels, life-jackets and umbrellas for the group. The children changed into their bathing costumes, applied sun screen and it was a race to the water. Many stopped in fear as a large wave pounded the water’s edge, but within minutes they realized that their life jackets and we would keep them from going under, and soon it was shrieks of delight, tugs to go in deeper, and huge smiles all around. Only the smell of burgers, chips and the thirst quenching cold drinks donated by Steers, enticed them out of the wave pool for a while. Soon after they were treated to ice creams, thanks to the generosity of a member of the public who purchased a box of ice creams for us to give to the children. Back on the bus for the long ride home, but smiles all around and happy chatter as the children talked excitedly about the fun they had. Thanks to the generosity of Sun City, Steers, and Nashua North East’s franchise holder Dean Naidoo who sponsored the breakfast, goody bags, a bathing costume for one child, and sun screen.