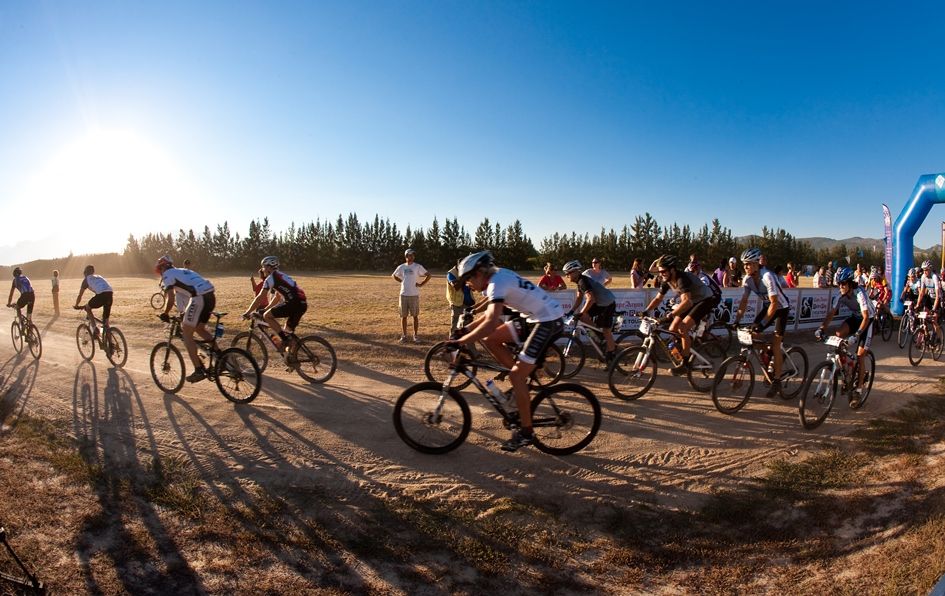 In 2004 long distance runner and Kayamundi resident Songo Fipaza took a bold step in his career as a professional athlete that would not only change his life, but also the lives of those living in his community.

Absa were looking for a development rider to take part in the inaugural Cape Epic and when news of this reached Songo, his determined reply was, “If someone can offer me entry and a bike, I’ll do it!”

Songo’s natural athleticism, determination and focus saw him cross the finish line comfortably despite not having the same technical skill on a bike as some of the other competitors. He went on to ride another six Cape Epics, all four of the Wine2Whales races and has raced internationally in Portugal to name a few of his achievements.

Though Songo was making a name for himself as a force to be reckoned with in the various races he took part in, his driving passion was to be able to provide the children of Kayamundi with the opportunity to take part in recreational and competitive sporting activities.

This dream became a reality in 2008 when Songo met Swiss world champion mountain biker Christoph Sauser who wanted to use the Cape Epic as an opportunity to raise money and support a local cause in Stellenbosch which has been a training ground of Sauser’s since 1997.

From that fortuitous meeting, the songo.info charity was born and within four months songo.info raised enough money to build a BMX track in Kayamandi.

Fast forward to 2013 and songo.info has flown two of its riders to Europe to take part in the TransAlps, two qualified last year for the duathlon world championships in France and the songo.info riders have become regular competitors in a host of local mountain biking and road cycling events, including this year’s Nashua Grape Escape.

“The Nashua Grape Escape is a great event to ride before the Absa Cape Epic to test your fitness against some of the big local and international riders,” said Songo. “A number of songo.info riders have taken part over the years, including one of our top riders and our BMX coach Sivuyile Kepelele who raced both in 2011 and 2012 and now, thanks to Nashua who are sponsoring his race entry this year, he will be able to take part in 2013 as well.”

Nashua, who has signed on as the title sponsor for the Grape Escape for the next three years, decided to partner with the Cape Town Cycle Tour Trust in order to grow the event over the next few years as the company has a vested interest in sports development in South Africa.

“Nashua has offered to cover the entry fee for both Sivuyile and his team mate Luyanda Thobigunya so that they can both take part in this year’s Nashua Grape Escape alongside their coach and mentor Songo and one of songo.info’s brightest young stars Sipho Madolo,” said Dave Hallas, Marketing Director of Nashua Limited.

“As the Nashua Grape Escape continues to grow, we plan to get more actively involved when it comes to sponsoring development riders to take part in the event as we believe that charities such as songo.info are doing incredible work with kids when it comes establishing core values such as accountability, responsibility and goal setting, all of which have a hugely positive impact on their lives,” said Hallas.