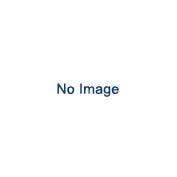 The office automation industry is one that was particularly hard hit during the world wide recession of 2009 with more companies cutting down on document management spending and new hardware acquisition. This led to market contraction with fewer opportunities available to office automation companies for market expansion. This resulted in many of these companies resorting to a maintenance strategy and meeting market demands on a pricing level.

Nashua Limited took a different approach, trusting in their product offering and emphasising the value that they could create for both existing and new clients.  Following industry trends, they too re-adjusted pricing but the driving force behind attaining the number one market positioning after the recession, was due to a change in strategy and reaffirmed commitment from their extensive channel throughout Southern Africa. The company’s ability to increase their market share during the economic downturn was the driving factor behind the Nashua Limited being named the Ricoh Distributor of the Year at a conference, held recently in Zurich, Switzerland.

Nashua has won this award, which has been running for 15 years, on numerous occasions previously, and was competing against distributors from over 50 different countries around the world.

Nashua Limited Marketing Director, David Hallas says that the award is a remarkable achievement, considering the economic climate of the last two years.

“Europe is in an economic downturn at present, with sales figures for the last two years experiencing a downward trend. However, despite this tough economic climate, we have had growth in the sales of our units, and have emerged as the leader in terms of market share in the South African office automation industry. This award is recognition and acknowledgement for this achievement,” he says.

Nashua Limited Sales Director, David Coutinho attributes the award to a revised strategy across the whole business, which included the “Yes We Can!” campaign, modelled on Barack Obama’s campaign slogan, which emphasised that positive sales outcomes could be achieved despite the prevailing economic conditions over the past two years.

“The strategy and sales campaigns were implemented at a grassroots level, and received buy-in from everyone in the company. With the global recession, we could have gone into our shell and taken our foot off the pedal. However, the new strategy galvanised all our employees to perform even better.”

Coutinho adds that there was a fundamental shift in the company’s way of thinking, which resulted in realigned relationships within the Nashua channel, and a re-examination of the way the business was being run. In addition, he says, that while the normal course of action during a recession would be to cut costs, Nashua decided to undertake a contrasting approach.

“Our approach was to create sustainable value for our customers, creating value not only with the hardware but with our software solutions business as well, through a customer-focused approach for both franchise holders and end-users.”

“There was a total realignment of pricing in the South African market, as many companies that looked for strategic growth in South Africa could no longer sustain their goals, and we had to reset our position in the market,” continues Coutinho.

He concludes that the current year presents exciting new challenges for Nashua, with a large potential for growth.

“While sales were initially on a downward trend when the recession started, things have radically improved in 2010, and sales are up by almost 25%. We aim to build on this momentum, never to settle for second best, and achieve unparalleled success again this year.”