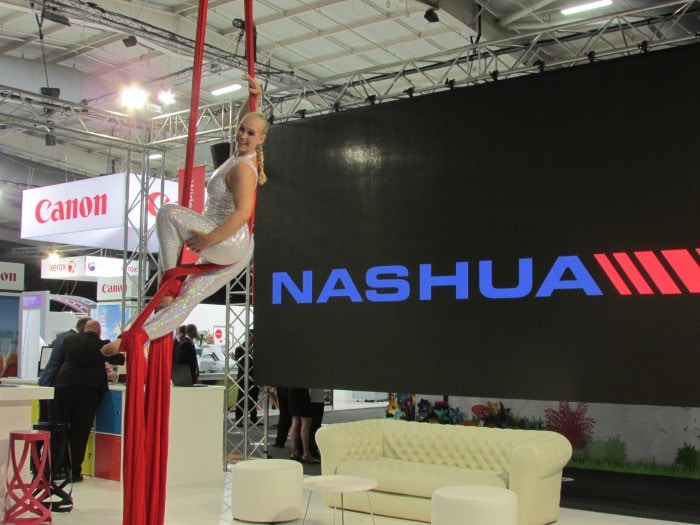 19 March 2013, Johannesburg: Nashua Limited underlined its position as a leader in the production printing market when the company won Best Large Stand for the second year running at the Africa Print Durban Regional Expo. The Nashua Limited stand received the highest overall rating in stand design, professionalism and staff friendliness.

David Hallas, Marketing Director of Nashua Limited, asserted that the exhibition award was in large part due to the stand’s enticing characteristics.

“Nashua is immensely proud to have been awarded as the Best Large Stand at the Africa Print Durban Regional Expo. This award is a testament to the innovative and creative nature of our stand, and the hard work that was put in to making it exciting, dynamic and accessible for visitors to the Expo. Following this success, we have every intention to achieve a similar impact later this year at the Print Expos in Cape Town and Johannesburg.”