Nashua’s partners with SA’s most iconic tournament: The Currie Cup

How constructive feedback can take business to the next level

Nashua’s partners with SA’s most iconic tournament: The Currie Cup 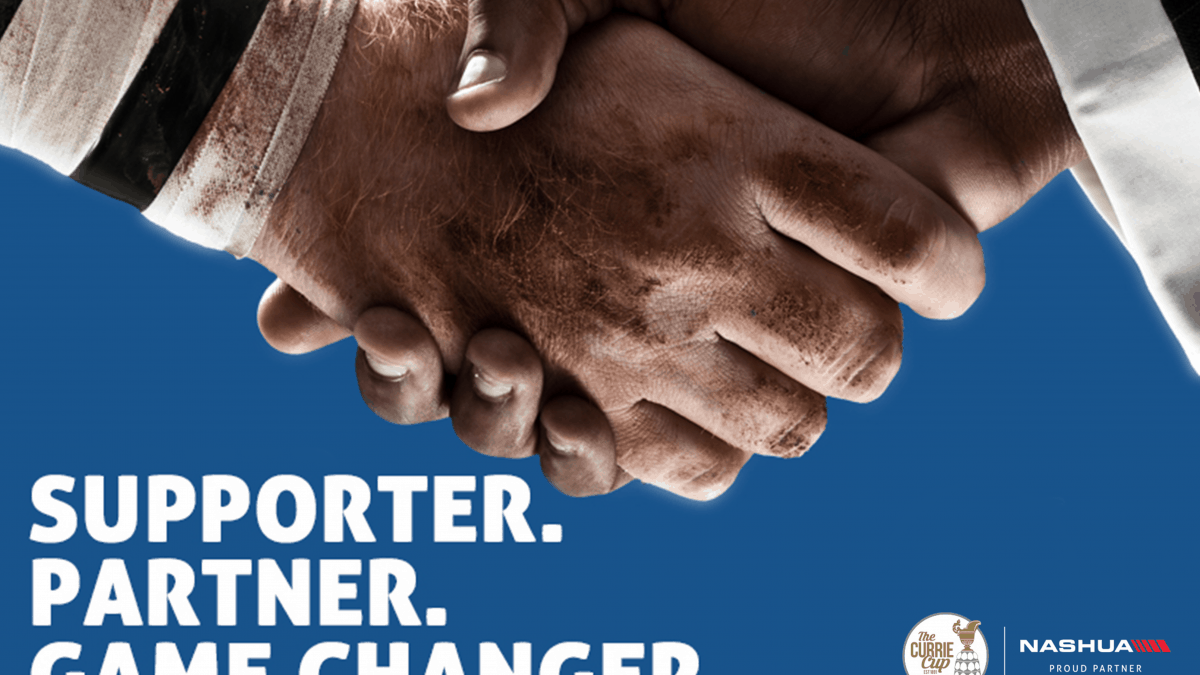 Integrated business solutions provider, Nashua, has announced they are the proud partner to the 2016 Currie Cup, having agreed to an exciting three year sponsorship with SA Rugby. This partnership marks a new era in Nashua’s long-standing history of support for South African sport.

“Nashua has always been a keen supporter of local sporting talent,” says Nashua CEO, Mark Taylor. “Specifically in rugby, from the small community and school rugby teams sponsored by our franchises, to national and provincial sides, we like to believe we’ve played an integral part in the South African sports story. It’s about family, heritage and pride.”

Nashua’s rich legacy in South African sport stretches all the way back to 1990, when they were the very first company to boldly display their branding on a local rugby jersey, sponsoring what was then the Northern Transvaal rugby team. Through their powerful network of franchises nationwide, Nashua has also offered support wherever possible for local sports clubs and school teams across a range of different disciplines.

Nashua’s involvement with South African sport is as diverse as it is extensive – they’ve supported heroes from various different sports, including Formula 1, boxing, cycling tennis and golf. Nashua is also invested in the development of cricket, with their Art of Fast Bowling initiative.

Along with the Currie Cup partnership, 2016 marks an exciting year for Nashua as they embark on a country-wide initiative to elevate rugby skills in over 100 schools, run through their franchise network. Talented players who are recognised through the skills program may be awarded one of a number of limited bursaries in the ICT sector, from Nashua, with a view to creating employment in this field.

“My vision is that in the not-too-distant future, we’ll be in a position to employ these young stars into the Nashua family,” says Taylor. “It’s about investing not only in sports skills, but also in valuable ICT skills, so we can give more students a chance at success.”

“The Currie Cup partnership is a perfect fit for Nashua, a uniquely South African company built on a heritage of teamwork and togetherness,” says Taylor. “Nashua knows that sport, particularly rugby, brings South Africans together. We’re honoured to have played a role in iconic moments in SA sporting history and look forward to the great moments to come.”

About the Currie Cup

The Currie Cup dates back over 100 years, and has remained the most prestigious tournament in SA rugby with a rich heritage. In 1891, the first overseas rugby team arrived on the shores of South Africa, with some very precious cargo amongst their bags, boots and balls.

A golden cup, presented to them by Sir Donald Currie, the owner of Union Castle Lines, came with specific instructions – it was not to be awarded to the team that won, but rather the team that showed the most grit and determination throughout the game. And so began SA’s most loved rugby tournament, bringing the country together each year as the best rugby teams battle it out for the cup.

The 2016 Currie Cup takes place from the 6th of August 2016, and will be aired on SuperSport. For more information about the partnership, or to speak to a Nashua representative about their long-standing legacy in South African sport, email [email protected].