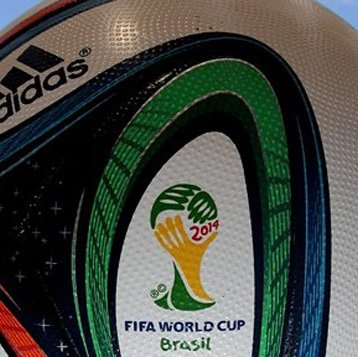 It is difficult to believe that the 20th FIFA World Cup held in Brazil last month is already over. The 32 days of football flew so quickly that it has left a void for many lovers of the “Beautiful Game”. 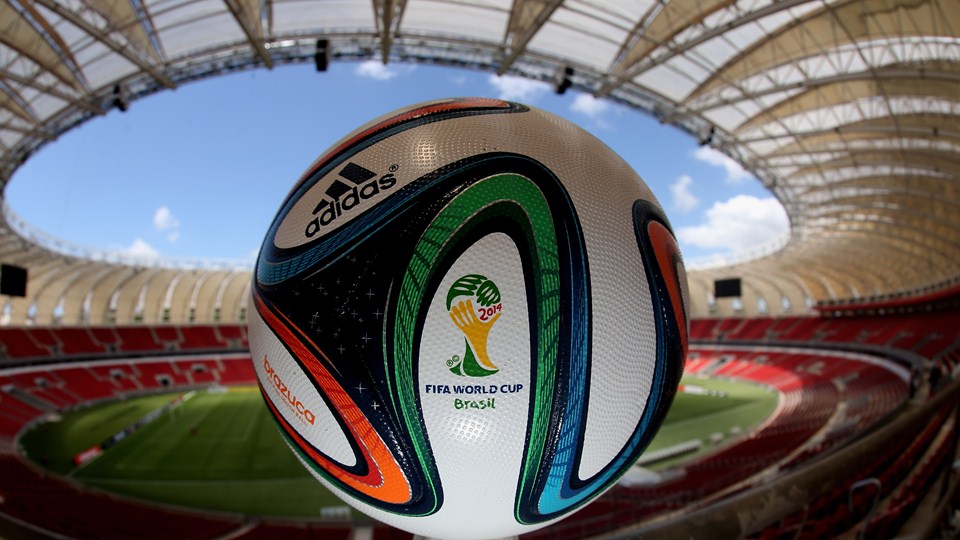 But it was the technology, and in particular social media, which took this World Cup to new heights.

As I look back and analyse my habits while watching the games, I found myself engaging considerably more than I did during the last World Cup, held in South Africa. There is no doubt that technology is more user interaction on social networks, and people are becoming more vocal on what they are watching.

So it came as no surprise that records were broken when Facebook and Twitter released their user statistics around the World Cup.

Facebook broke every single record of engagement for any event in their history. From the day the tournament started on 12 June, more than 350 million people joined the conversation on Facebook, generating 3 billion interactions (posts, comments, and likes) related to the World Cup.

The final between Germany and Argentina on 13 July saw 88 million people generating 280 million interactions, making the  match the single most talked about sporting event in Facebook history.

Who was talking about the World Cup on Facebook?:

The most talked about selfie on Facebook was the one posted by Neymar of him and Silva. It generated over 2 400 000 likes and over 43 000 shares. 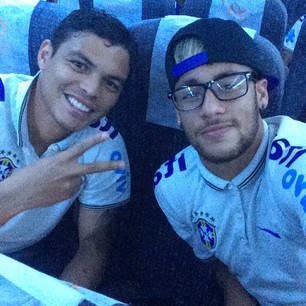 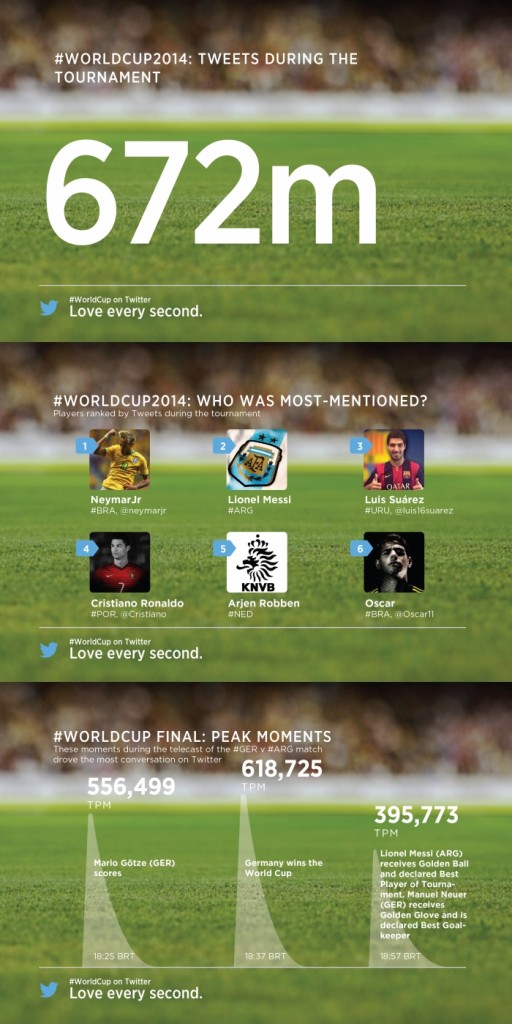 On Twitter, #WorldCup and #WorldCup2014 along with many other related topics, trended continuously throughout the entire duration of the tournament. The conversations were passionate and fans reacted to the controversy surrounding any poor decisions made by referees. Reactions to big goals saw instant spikes in tweets per second, and fans engaged ahead of games, making score predictions.

A new Twitter record was set during the semi-final between Brazil and Germany. Fans sent more than 35.6 million Tweets — a new Twitter record for a single event – most of them in disbelief at the score line of 7-1 to Germany! When Germany beat Argentina in the final, Twitter saw 618 725 Tweets per minute being made by fans.

Brazil’s Neymar Jr was the most mentioned player, followed by Argentina’s Lionel Messi. Uruguay’s Luis Suárez was the third most mentioned player on Twitter, thanks to his infamous biting incident against Italy. In total twitter saw 672 million tweets related to the World Cup.

The beauty about Twitter is how personal it is; it gives a unique immediate insight that no other medium can give. After the final, Twitter saw wonderful moments that one would not traditionally see happening behind the scenes. Selfies taken by the players in the change room afterwards and during the parades in Germany holding the World Cup trophy were retweeted over and over. Lukas Podolski’s selfie with German Chancellor Angela Merkel received over 25 000 retweets.

Google also saw record interaction for search requests. According the Google Trend Hub re were more than 2.1 billion tournament-related searches were made on the search engine.

It was certainly an incredibly engaging World Cup and significantly the power of social media was highlighted once again. For now it is going to be difficult for any other sporting event to top this World Cup in Brazil, but who knows what might happen between now and the next tournament, which will be held in Russia in 2018. 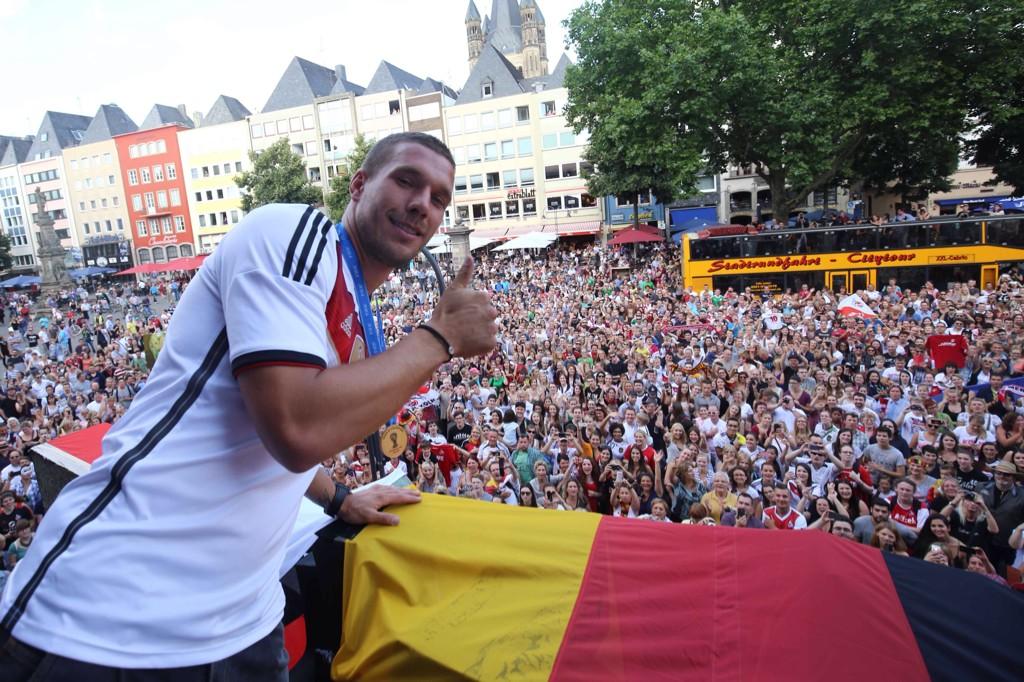