Open Innovation – The key to stimulating growth in your company

South Africa has taken a huge leap in the world of robotic medical technologic with the introduction of the first robotic surgical system into the country.

Nicknamed “Umthombo” which means never-ending fountain, the R17-million da Vinci Surgical System was launched at the Urology Hospital in Pretoria recently, and is one of over 3 000 such machines in the world. 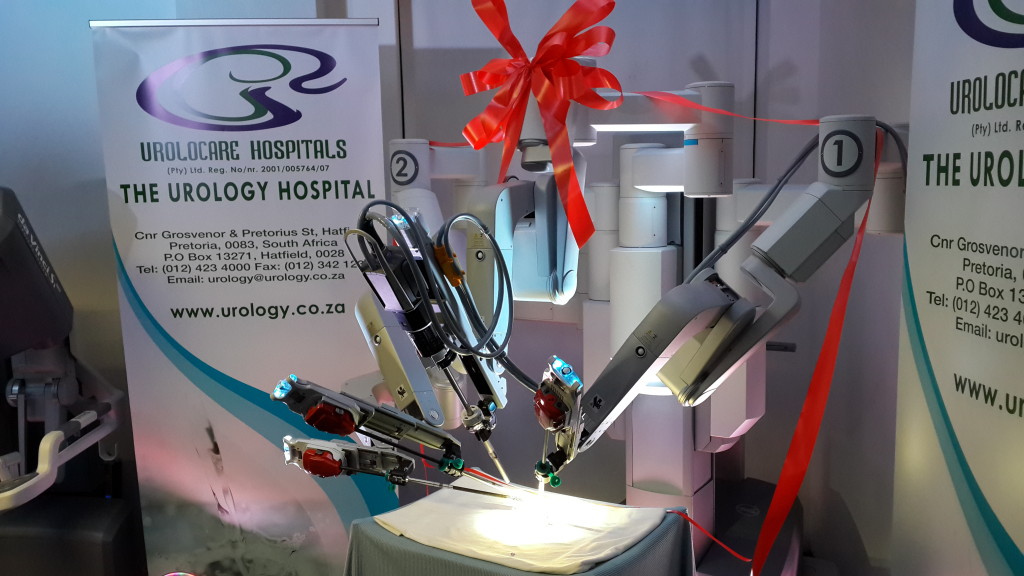 According to Earth Medical, the company that represents da Vinci in South Africa, this is the world’s most advanced robotic surgical system, and to date more than 1.5 million procedures have been performed worldwide.

The da Vinci system consists of a surgeon’s console that normally resides in the same room as the patient. The patient lies on a surgical bed with the four arms of the robot over the area that will be operated.

With the da Vinci Surgical System, surgeons operate through just a few small incisions of 1 – 2 cm. The surgeon sits in an ergonomically designed booth controlling the da Vinci System through a magnified 3D high-definition vision system, and tiny wristed instruments that bend and rotate far greater than the human wrist. The doctor is seeing what he is operating on magnified by ten times, and has full 3D vision.

The patented EndoWrist instruments that control the four interactive robotic arms move flawlessly and with perfect accuracy. The surgeon is using the master controls that work in a similar way to forceps, to control these miniaturised instruments in real time, just a few metres from the patient. The da Vinci translates the movements of the surgeon’s arms through the thumb and finger. 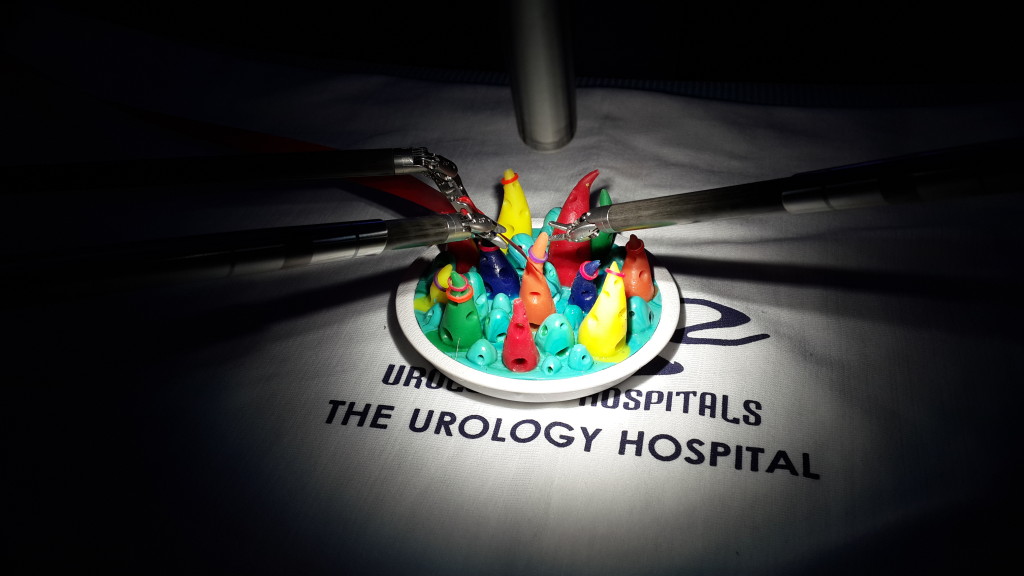 I had the opportunity to try the machine and was amazed at how accurate and precise it was navigating the robotic arms.

One of the world’s leading urologists, Dr Lance Coetzee, who is heading up the da Vinci surgical procedures at the Urology Hospital in Pretoria, said that he was very excited that this procedure is now available in South Africa. He said that there has been some resistance from medical aid companies because of the costs of the procedure. “A prostrate removal will cost more than conventional surgery” added Dr Coetzee, “but you can’t drive a Ferrari at the price of a Mini.”

In the United Kingdom there are 36 da Vinci Surgical Systems that perform 83% of prostate removals.

Surgical procedures using the da Vinci speed up the post op recovery time dramatically. Because the incisions are so small and the surgery so accurate, a typical recovery time for a prostrate removal would be two weeks versus six weeks required using open surgery procedures.

The da Vinci can also be used for other surgical disciplines such as cardiac, colorectal, gynaecological, and thoracic.

The Urology Hospital in Pretoria will also be used as a centre of excellence to train other surgeons in these robotic techniques.

Currently four doctors are undergoing an intensive robotic surgery course in Belgium. The da Vinci also has a built-in simulator that monitors the operations, and even has the ability to be controlled from an external location.

Initially it will be used for prostate surgery, with the first operation scheduled for the 21st of October.