A Digital Jukebox with Millions of Tracks

A Digital Jukebox with Millions of Tracks 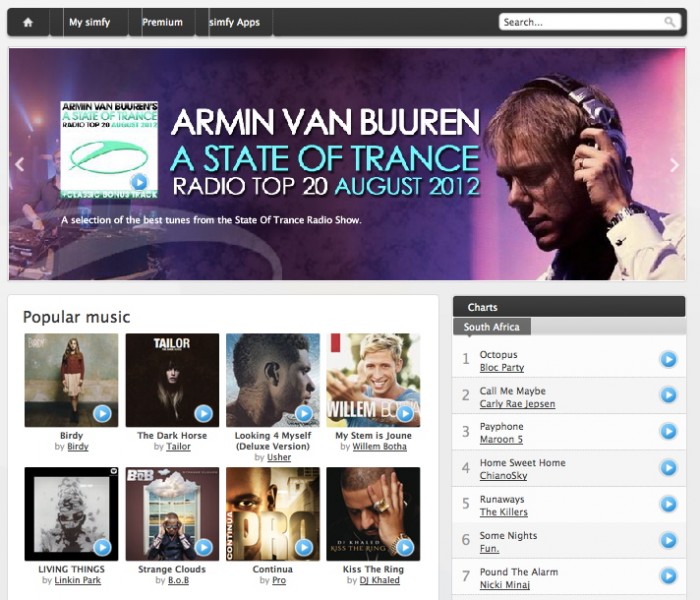 South Africans have long been frustrated by the high cost of music and, of course, access to music services like iTunes and Spotify.

The digital music revolution has been around for many years but has failed to materialise inSouth Africa. There have been many reasons for this, but primarily music licensing agreements that were agreed during the apartheid era have stifled digital music services.

Some attempts have been made. The Nokia Music Store for example has been around for a couple of years and has a great selection of music. Songs cost R8 and they also have an “all you can eat service” that works on certain Nokia devices on a contract.

The Simfy business model is more flexible and works across any handset. Essentially what the service does is stream music to your mobile device or computer. For as long as you keep paying your monthly subscription you will have access to the music library on your device that has been downloaded from Simfy. Basically you are renting the music and it is a really good deal.

Simfy currently has a library of 18 million songs with 500 000 new songs being added monthly.

The cost of the service is R60 per month and users can for the first time pay for the service via their mobile networks or alternatively with a credit card, debit card or EFT.

Users can access music on their laptops and up to three mobile devices (including tablets). You can also stream the service through a docking station or via Bluetooth through your car radio. 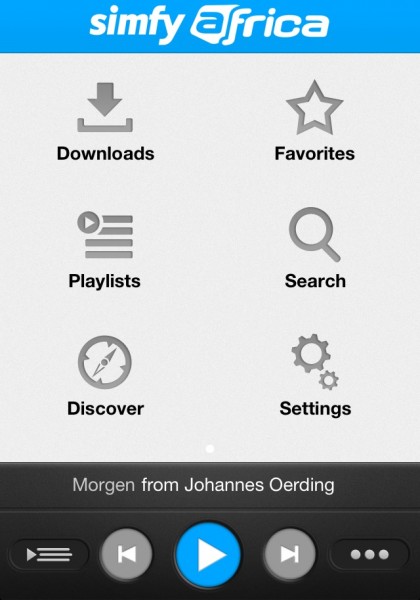 Once a user subscribes they simply download the app on their iPhone, Android or Blackberry and, at the click of a button, they have music streaming music coming out their phone.

The social aspect of the service is really cool, you can- if you want- link your account to your Twitter and Facebook profile, so you get to share what you are currently listening to with your friends.

Another really cool thing about Simfy is the ability to create playlists and download the songs so you can listen to them offline. Create your own party playlist for example or, if you are about to get onto a long flight, download a few hours of music. The music quality is high, streaming at CD quality between 128-192 kBit/s

I have been impressed with the selection of music. Personally I enjoy various genres from rock to classical and even Greek and Italian music. I did find most of what I was looking for, but The Beatles catalogues and earlier Eagles tracks for example are not listed and that is due to licence agreements, but pretty much 98% of the stuff I searched for was available.

But be warned. Data costs are not included in the monthly subscription. Services like these chew data. Streaming for an hour could easily eat up 85MB of data. So use it sparingly, if at all over 3G, as it will land up costing you money when going over your monthly data cap on your mobile device. Blackberry users are also warned; Simfy works out of your BIS bundle so you will be charged separately for your music data download cost. The most cost effective way to use this service is over Wi-Fi through a fixed line where you have a really high data cap.

Overall this is an impressive music service and reasonably priced at R60 per month compared to buying an album in a music store.