Open Innovation – The key to stimulating growth in your company

Now that the dust has settled since Microsoft announced that it was buying Nokia for $7.2 billion last week, many are now analysing the pros and cons of the deal. What are the true implications of this deal and what does it mean to you and me?

The views out there are mixed. Some say the deal is a very good thing for both companies while others are saying that the merger is going to be a disaster.

What is for certain is that this has realigned the playing fields and the landscape has been redefined for Google, Apple and Microsoft.

The agreement reached will see Microsoft purchasing Nokia’s Devices and the Services business for $5 billion and they will pay $2.2 billion for a 10-year non-exclusive license for Nokia’s patents. Microsoft will also become a strategic licensee of the HERE platform which are Nokia’s mapping services.

Approximately 32 000 people are expected to transfer to Microsoft and that includes teams working in Finland as well as in manufacturing plants around the world. 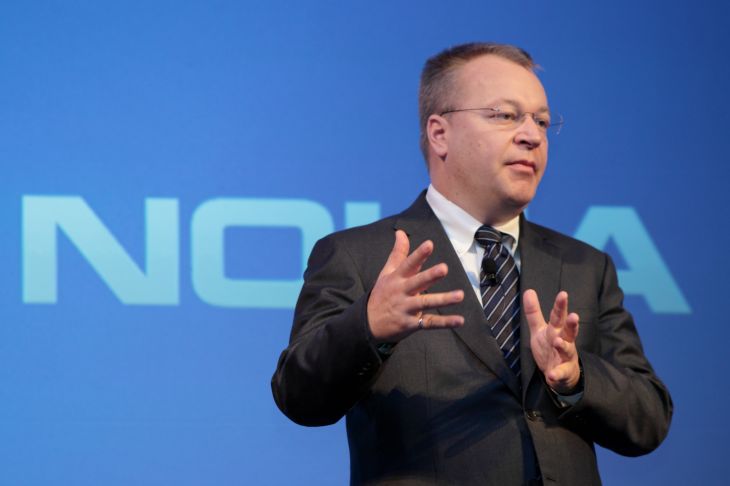 Nokia CEO Stephen Elop will step down and will be going back to Microsoft where he will lead an expanded Devices team, which includes phones as well as Xbox and all the Nokia teams that will merge with Microsoft.

Microsoft will also make available EUR 1.5 billion broken down into three payments of EUR 500 each for financing.

So why did this come so suddenly?

Well many may argue that it was always going to happen and this was inevitable. But there are many questions…

The EUR 1.5 billion loan suggests that Nokia was in trouble financially. Could it have been a knee jerk reaction from Microsoft? If Nokia was looking at other suitors, or even thinking of including other platforms like Android on their devices that could have been a disaster for Microsoft.

Either way, Microsoft could not take any risks. Their weakness has been their phone strategy and they had no control on who was making Windows Phone 8 devices.

The truth is that Nokia was starting to gain back their momentum. Their Asha and Lumia ranges have been gaining traction in many markets, and sales in the second quarter of 2013 reached 7.4 million units.

The latest Lumia 925 and 1020 devices are right up there with the most well-built and designed smartphones in the market.

The momentum however was too little too late for Nokia.

It is sad to see a company like Nokia who have a proud heritage of innovation that spans back 150 years in this position. Starting off in paper mills they moved to manufacturing rubber boots, then car tires before revolutionising the mobile phone industry with the first car phone in 1982.

It’s another corporate lesson. Keep up, innovate and never underestimate your competitors and what the market wants.

But don’t right Nokia off just yet.

This marriage could be a good provided that Microsoft does not stifle the incredible momentum that Nokia has built up in the last 18 months. Yes they were slow off the mark and yes, many did fail to see the disruption the iPhone would cause when it was launched in 2007. But in the last 18 months Nokia has caught up and in some instances are innovating at a faster pace than their competitors. 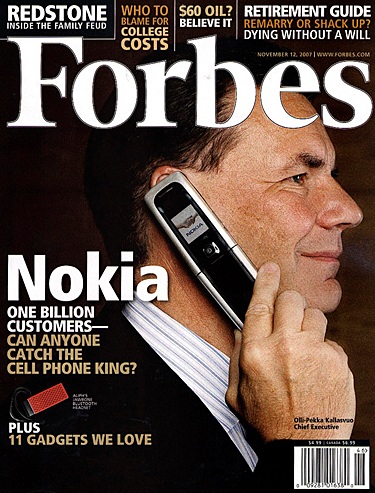 Ironically during the same year that the iPhone was launched, Forbes magazine in the November 2007 edition featured Nokia on their front cover with the headline “Nokia. One Billion Customers – Can Anyone Catch The Cell Phone King?”

But the battle is far from over. We are just at the beginning of the smartphone revolution, and in the next 3-5 years, things may very well be different to what they are now. The market is huge and Microsoft is predicting that smartphone market shipments will reach around 1.7 billion units by 2018.

Microsoft wants 15% or $45 billion of that market in the next 5 years.

According to Gartner based on the current smartphone worldwide sales Android has a 79% share with Apple at 14.2%. Between the two they control around 93% of the market with Microsoft in third place at 3.3%.

The last seven years have been fascinating to watch in the technology world. Some massive purchases have taken place.

In the technology world this announcement was the equivalent to an earthquake and it has shifted the seismic plates. It’s now all about Microsoft, Google and Apple.