Microsoft has launched Windows Phone 8 in South Africa along with a range of devices for South African consumers.

As far as operating systems go, Windows Phone 8 is right up there with the latest versions of Apple’s iOS and Google’s Android. The reality is that Microsoft has caught up with the competition and has produced a really good operating system. Microsoft’s Achilles Heel though, is their apps store. They don’t have quite as many in their store as Apple and Google who each have around 700 000 apps. In comparison, Microsoft has 135 000. The reality is that there is so much rubbish out there, and we all essentially use more or less the same core apps. Microsoft says that they have 46 of the top 50 apps in the iOS store.  What you will see in the next 6 months is a massive surge of apps coming to Windows Phone 8 and in a year from now apps won’t be an issue anymore. 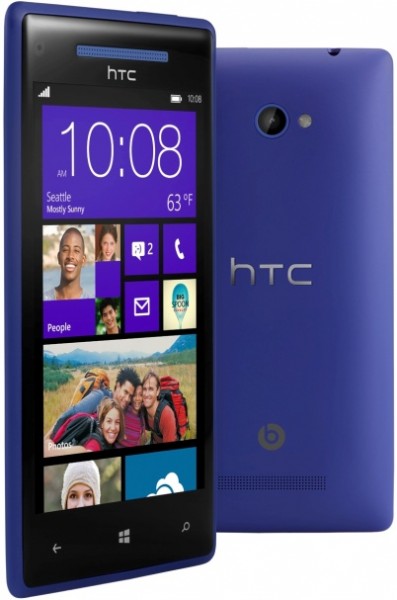 One of the first Windows Phone 8 devices to hit South African shores is HTC’s 8X device. HTC has had a long relationship with Microsoft and have been producing Windows mobile devices for over a decade.

When you first hold the phone in your hand you can feel the quality of a premium device. I loved the rounded edges of the unibody design that is in a polycarbonate cover. It feels solid and well built. It also feels comfortable holding it in your hand and the back rubberised texture feels classy. Equally it fits comfortably in a front or a back pocket.

The HTC 8X has an 8 megapixel camera but it is different to other devices. They have managed to pack in an 88° ultra-wide-angle front camera that captures nearly triple the area of most other cameras in smartphone devices. It also takes great pictures in low light conditions.

The 8X also has a unique sound enhancement. Because HTC also owns part of Beats Electronic, the company that was started by rap legend Dr.Dre, they have incorporated Beats into the device. Listening to music with the Beats amp enhancement adds an extra bass lift to the music. Couple that with an accessory like the Beats Wireless headphones by Dr.Dre Solo and you can enjoy an even more superb audio experience.

Battery will not last a full day of heavy usage and app selection on Windows 8 is not as good as iOS and Android although most important apps are available.

It is clear that Google, Apple and Microsoft are the three that will now fight it out for smartphone dominance over the next few years. All three operating systems have their own unique features which will appeal to consumers in different ways.