When Samsung launched the first Galaxy Note in October 2011 most people initially said, “Who would want to use such a huge device?”

It also had a stylus which I thought was so 2004, after all, we seem to be moving to a touch interface revolution using our fingers. 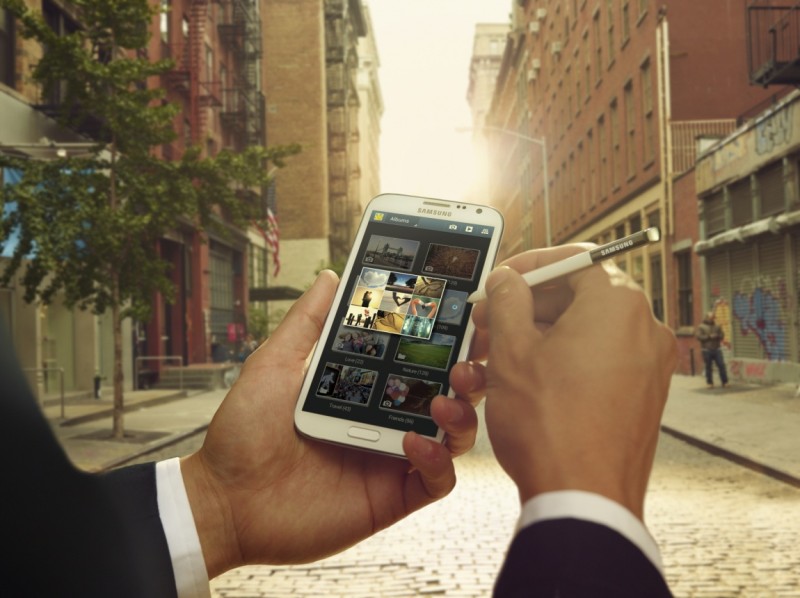 Compared to other devices at the time the Note had a huge 5.3 inch screen that measured 135 mm. The screen quality was fantastic, but who would want to carry such a big device, after all, it defeated the whole concept of mobility.

It wasn’t a smartphone or a tablet. It was in between and it was called a phablet.

But I was wrong and so were many other. Samsung went on to sell more that 10 million of these devices worldwide, and it even coined a new phrase by opening up a new category in smart mobile devices.
One would think that such a big device must be awkward to carry around. It actually feels quite comfortable in your hand, it weighs just 180 g and remarkably it fits quite snuggly in your front pocket.The new Galaxy Note II is bigger, better and faster. The latest device features a 5.5 inch HD Super AMOLED screen measuring 151.1 mm high, 80.5 mm wide and it is just 9.4 mm thick. The screen is quite amazing, and watching videos in a 16.9 screen ratio gives you a great user experience. 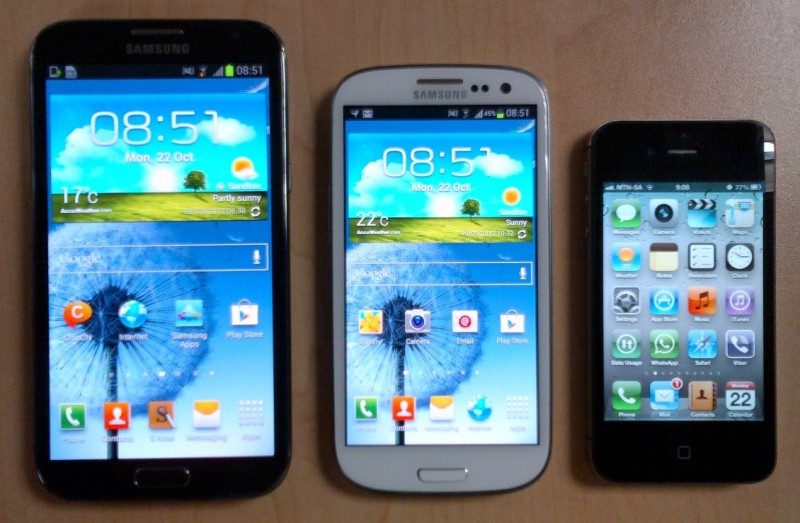 Under the hood it has a powerful 1.6GHz Quad-Core processor as well as superfast HSPA+ and 4G/LTE connectivity making the Note II very zippy especially when multitasking. The phablet features an 8 megapixel auto focus camera with LED Flash and a 1.9 megapixel front facing camera for video conferencing.

When you have such a powerful device you need a battery that won’t give up on you half way through the day. Samsung have equipped the Note II with a 3,100mAh battery giving a full day of heavy usage comfortably.

I was never a huge fan of Android. I found the OS buggy and not user friendly to use. That was until Ice Cream Sandwich came along. It took Android to a new level and for the first time I started enjoying using Android. The Galaxy Note II uses Jelly Bean 4.1, the latest version of Google’s mobile operating system. The new Android OS just feels so slick and is so much smoother to use.

Samsung wants users to in their words “unleash their inner creativity”. The device certainly appeals to human creativity. The clever S Pen stylus which is neatly packed away in the bottom right side of the device is incredibly accurate and mimics a pen with a great deal of realism.

Samsung have redesigned the S Pen making it longer, slightly thicker, and it has a much better ergonomically designed grip to make it more comfortable and accurate when using it.

If you think about it, the pen is still something that is deeply embedded into human functionality, after all, we used them for centuries to create content, so why not use them digitally. And this is what makes the Galaxy Note II such a unique device. By combining the ability to capture your handwriting and tweak pictures while sketching ideas using the S Pen makes the Note II a niched device in the market which will appeal to many users.

If you are looking device that can make calls and something that will allow you to unleash you creativity without the size of a tablet, then the Note II is for you. It is available in South Africa on contract or on cash at R8000.