The announcement was made at the annual MyBroadband conference, which was being held in Midrand.

MyBroadband’s Rudolf Muller was interviewing Vodacom Group CEO Shameel Joosub, and when asked about LTE and when it will be available in South Africa, Joosub answered saying “LTE is live right now on the Vodacom network and will be available for customers immediately”.

This was followed by a test from Vodacom’s Chief Technology office Andries Delport and Jannie Van Zyl who were dressed in Formula One gear to prove how fast the new LTE network was. 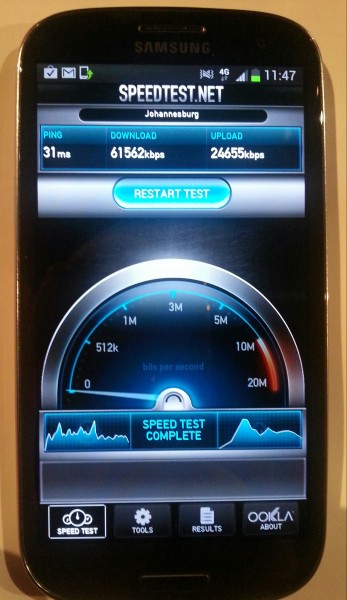 The new service was also tested on a LTE Samsung Galaxy S3 device and the speeds were quite astonishing.

The service is initially available in Johannesburg, with other cities like Cape Town and Durban to follow in the near future. Joosub said that currently 70 LTE enabled sites are live in Gauteng and this number will grow to 500 by the end of 2012. Joosub also added that Vodacom had spent R7 billion upgrading the network in 2011 and will be investing as much during 2012.

Contract customers with LTE capable devices will need to provision their SIM cards by calling 111 or visiting any Vodacom shop. The LTE service requires a 64k or 128k SIM card. Data prices will remain the same across the network on any of Vodacom’s data connections. LTE devices will also be available although the Vodacom stores although the CEO did point out that there were limited quantities available due to the global LTE demand at the moment.

Although Vodacom are the first to launch LTE commercially in South Africa MTN, Cell C and 8ta have all been testing LTE over the last few months. South Africans can expect LTE to be available via the other network operators soon.

LTE or Long Term Evolution is the new high-speed wireless data standard and is a major jump in speed for mobile data users. It will bring almost instantaneous music and movie downloads and uploading data is significantly faster than current 3G speeds. LTE or 4G as it is also known as, is almost 10 times faster than a current 3G connection. The lower latency and high speeds make LTE an attractive alternative to areas that do not have ADSL coverage. 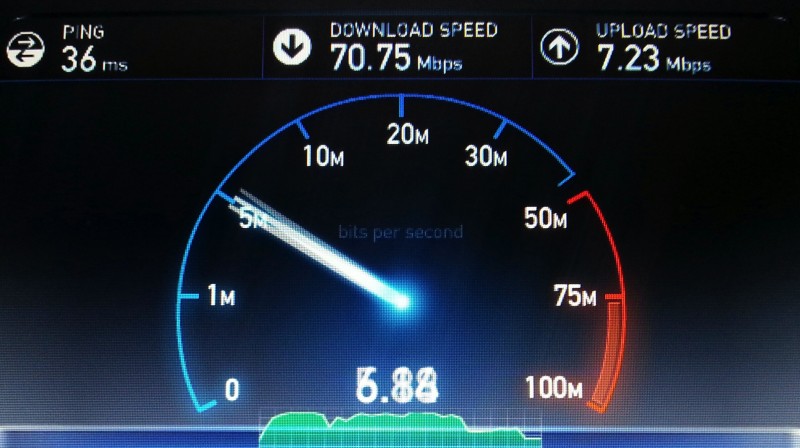 The test phase will run from 1 November 2012 until 31 March 2013 and is being offered for free to qualifying customers who fall in the Gauteng coverage.

The trial includes a 50GB data bundle, routers, mobile data modems and SIM card. Customers can apply to be part of this LTE trial via the 8ta website http://www.8ta.com/lte/.

Future LTE enabled mobile devices are also set to take advantage of these super high speeds. The new generation of smartphones enabled to support LTE include the new iPhone 5 as well as the 4G enabled Samsung Galaxy S3. The new range of Windows Phone 8 devices expected in early November would also support LTE. Tablet devices such as the iPad 3 are also expected to drive demand for LTE services in South Africa.