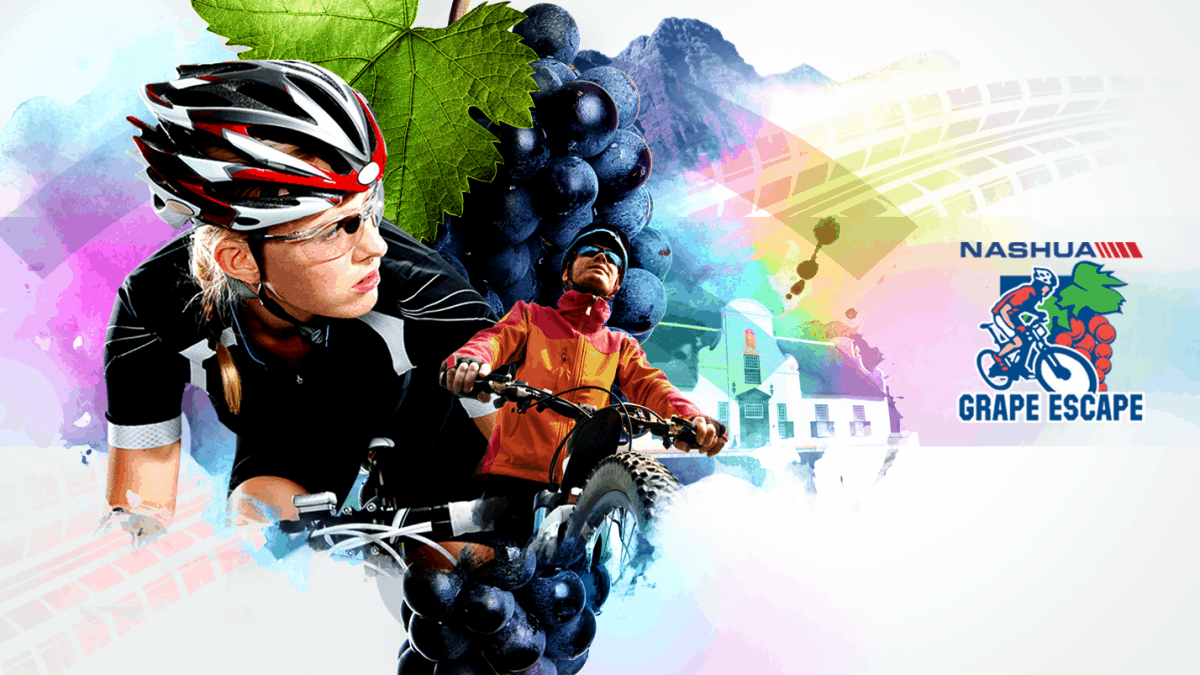 The Grape Escape started out in 2011 as a 3-day mountain bike race for the weekend warrior keen to cut his teeth on some of the Boland’s most breath-taking tracks.

Since then it has quickly grown into a training ground for would-be pro mountain bike riders, as well as an opportunity to check out the competition ahead of one of the world’s most challenging mountain bike races, the ABSA Cape Epic.

This year sees a number of notable changes to the race thanks to the three year partnership that has been signed between the new race sponsor Nashua and the Cape Town Cycle Tour Trust. These include the addition of the “Nashua Advantage Course” and the “Nashua Relaxation Station”.

“Nashua has signed on as the official naming rights sponsor for the Nashua Grape Escape because as a company, we pride ourselves on our commitment to sports development in South Africa and as such we saw the Nashua Grape Escape as an event that has the potential to grow considerably over the next few years,” said Dave Hallas, Marketing Director of Nashua Limited.

The “Nashua Advantage Course” will become a permanent part of the Nashua Grape Escape going forward. It is a shorter, more technical, purpose-built route that will test the rider’s skill and, if navigated well, will save the riders quite a few minutes over the less adventurous riders who decide to take the chicken run instead. The “Nashua Advantage Course” will feature on day 2 of the race and will be clearly marked with Nashua branding.

Any riders that take the “Nashua Advantage Course” will be rewarded by saving time and will receive a prize for taking this detour after crossing the finish line on day 3 of the race. However, riders that choose to stick to the normal course will still be able to enjoy the benefits of having Nashua as the official race sponsor when they visit the “Nashua Relaxation Station” tent, which will be part of the race village at the end of each leg of the race.

Here riders will be able to enjoy ice cold face towels and refreshments under the cool shade of a Nashua-branded marquee where 10 professional masseurs will be easing whatever muscle cramps and knots the riders might have accumulated over the course of the race.

“In previous years the temperature has climbed as high as 45⁰C on some of the days so, as the official title sponsors of the event, we want to offer the riders taking part as much comfort as possible when they cross the finish line, as well as something special to take home at the end of the race. In this way we hope to add some new flavour to this year’s Nashua Grape Escape and hopefully encourage more people to enter and take part next year,” concluded Hallas.